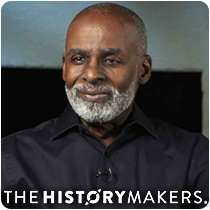 "The Name Of The Game Is To Win Friends And Influence People."

Judge Ronald B. Adrine was born on April 21, 1947 in Cleveland, Ohio to Russell T. and Ethel Adrine. Adrine graduated from Shaker Heights High School in 1965 and then entered Wittenberg University in Springfield, Ohio before transferring to Fisk University in Nashville, Tennessee, where he received his B.A. degree in history in 1969. He obtained his J.D. degree from the Cleveland-Marshall College of Law in 1973.

Adrine passed the Ohio State Bar in 1973 and went on to work as prosecuting attorney for the Cuyahoga County in the criminal division in 1974. He entered into private practice with his father, the late Russell T. Adrine, in 1976. Adrine was appointed to serve as senior staff counsel to the U.S. House of Representatives Select Committee on Assassinations, in Washington, D.C. in 1978. In 1980, he returned to Cleveland and merged four African American legal organizations into the Norman S. Minor Bar Association in Cleveland. He first ran for a seat on the Cleveland Municipal Court bench in 1981, and was re-elected five times to full six-year terms from 1981 to 2017. He chaired the Ohio Commission on Racial Fairness in 1994. Adrine served as administrative and presiding judge of the Cleveland Municipal Court from 2008 to 2017. Here, he led the effort to create a Family Justice Center in 2014. Adrine received national attention for his ruling in a Cleveland Municipal Court case that involved the actions of two Cleveland police officers that resulted in the death of twelve year old Tamir Rice. Adrine retired from the court after thirty six years of service in 2017. He joined Cleveland State University’s Cleveland-Marshall College of Law as a Leader-in-Residence, serving as its first jurist-in-residence in 2018.

Adrine served as chair of the Ohio Supreme Court’s Interpreter Services Advisory Committee and of the National Board of Directors of Futures Without Violence, and was co-chair of the advisory board of the National Judicial Institute on Domestic Violence. He was also a member of the Supreme Court’s Criminal Sentencing Commission’s Ad Hoc Committee on Bail and Pretrial Services.

He was awarded the Ohio State Bar Association Ohio Bar Medal in 2000. The Cleveland-Marshall Law Alumni Association also recognized Adrine in 2002, and he received the second Elizabeth Hines Domestic Violence Award in 2013. In 2017, he was the recipient of the Association of Municipal/County Court Judges of Ohio President’s Award for Excellent Judicial Service, the Lifetime Achievement Award of the Cleveland Branch of the NAACP, and was an inaugural member inductee of the Cleveland-Marshall Law Hall of Fame. Adrine also received the first-ever Lifetime Achievement Award of the Northeast Ohio Chapter of the American Constitution Society in 2018.

Ronald Adrine was interviewed by The HistoryMakers on September 28, 2018.