Information about The Honorable Roderick Ireland 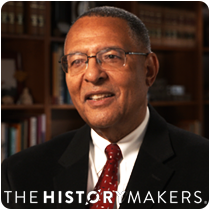 Judge Roderick Ireland was born on December 3, 1944 in Springfield, Massachusetts to Helen Garner and George Lovelace Ireland. He received his B.A. degree in 1966 from Lincoln University, his J.D. degree from Columbia Law School in 1969, his L.L.M. degree from Harvard Law School in 1975, and his Ph.D. degree in Law, Policy, and Society from Northeastern University in 1998.

Ireland began his career as a staff attorney at Neighborhood Legal Services in New York City in 1969. In 1970, he worked as a staff attorney at the Harvard Center for Law and Education. Ireland co-founded the Roxbury Defenders Committee with Wallace Sherwood the following year. In 1973, he worked as a hearing officer at the Massachusetts Civil Service Commission. Ireland joined the offices of Burnham, Stern and Shapiro in Boston in 1975, before being named assistant secretary and chief legal counsel at the Massachusetts Executive Office of Administration and Finance. Additionally, he served as chair of the Massachusetts Board of Appeal on Motor Vehicle Liability, Policies, and Bonds. Nominated to the Boston Juvenile Court by Governor Michael Dukakis in 1977, Ireland began teaching criminology and criminal justice at Northeastern University in 1978. In 1990, he was nominated to the Massachusetts Court of Appeals. Ireland was the first African American appointed to serve on the Massachusetts Supreme Judicial Court in 1997. From 2001 to 2016, Ireland taught in the Appellate Judges Seminar at New York University Law School and worked as an advisor and teacher for the Supreme Judicial Court’s Judicial Youth Corps. Nominated by Governor Deval Patrick, Ireland became the chief justice of the Massachusetts Supreme Judicial Court in 2010. He also authored, Massachusetts Juvenile Law, (1993, 2007) a two volume treatise published by West Publishing.

Ireland was one of three black men selected for Ten Outstanding Young Men in 1979 by the U.S. Junior Chamber. In 1982, Ireland was awarded the Boston Covenant Peace Prize in recognition of his efforts to promote racial justice. He was also awarded the Haskell Cohn Distinguished Award for Judicial Service by the Boston Bar Association in 1990 and the St. Thomas More Award from Boston College Law School. In 2001, the Massachusetts Bar Association and Massachusetts Lawyers Weekly newspaper awarded Ireland the Judicial Excellence Award. In 2015, Ireland’s childhood street was renamed in his honor and he received the Lifetime Achievement Award from the Massachusetts Black Lawyers Association. He has received honorary doctorate of law degrees from several universities and was the recipient of the President’s Award at the 2016 Massachusetts Judges Conference. In 2017, Hampden County Hall of Justice in Springfield, Massachusetts was renamed Roderick L. Ireland Courthouse in his honor.

Ireland and his wife, Alice, have three children: Elizabeth, Michael, and Melanee.

Roderick Ireland was interviewed by The HistoryMakers on November 12, 2018.