Information about The Honorable Rickey Hendon 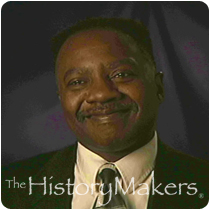 Rickey Hendon was born on December 8, 1953 in Cleveland, Ohio. At a young age, he moved with his family to Chicago, Illinois, where he attended grade school. While in high school, Hendon and his family moved again to Detroit, Michigan, where he graduated from Northwestern High School. With an interest in theatre and broadcasting, Hendon enrolled in the Omega School of Communications where he earned a FCC license, leading to an eight-year career in radio broadcasting.

In 1987, Hendon was appointed by Mayor Harold Washington to serve as a Committeeman for the 27th Ward and was elected to that position the following year. Meanwhile, he was also appointed by Cook County Board President George Dunne to Secretary-Treasurer of the Cook County Forest Preserves.

Shortly after being elected Alderman of the 27th Ward, Hendon was elected to the Illinois Senate, where he served as the Senate Minority Spokesperson of the State Government Operations Committee as well as a member of the Committees on Appropriations and Insurance & Pensions. In January 1997, he was elected Senate Chairperson of the Illinois Legislative Black Caucus.

Hendon and his wife, Dawn, are the parents of five children. He is a member of Operation PUSH and the NAACP.

Hendon was interviewed by The HistoryMakers on January 24, 2001.

See how The Honorable Rickey Hendon is related to other HistoryMakers
Donate Now
Click Here To Explore The Archive Today!