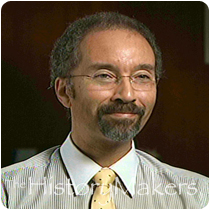 See how The Honorable Richard W. Roberts is related to other HistoryMakers
Donate Now

From 1978 until 1982, Roberts served as a trial attorney in the criminal section of the Civil Rights Division for the United States Department of Justice. As a federal prosecutor, Roberts successfully prosecuted several high profile cases, including the killing of two Salt Lake City joggers in a racially motivated sniper attack. The offender, Joseph Paul Franklin, was a serial killer who was suspected of killing as many as twenty people between 1977 and 1980. Roberts’s conviction led to Franklin’s confession of various assassination attempts including magazine publisher Larry Flynt, and the 1980 shooting of Vernon E. Jordan, Jr. Roberts worked in private practice in Washington, D.C. from 1982 to 1986 and as Assistant U.S. Attorney for the southern district of New York from 1986 to 1988. Roberts returned to Washington, D.C. in 1988, and worked for the U.S. Attorney’s Office until 1995. In 1990, at the age of thirty-seven, Roberts prosecuted then Washington, D.C. Mayor Marion Barry for violating federal narcotics laws. Mayor Barry had been arrested in a sting operation at the Vista Hotel by the FBI and Washington, D.C. police for crack cocaine use and possession.

See how The Honorable Richard W. Roberts is related to other HistoryMakers
Donate Now
Click Here To Explore The Archive Today!