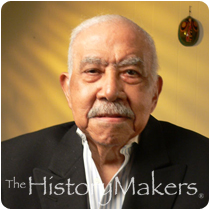 See how The Honorable Revius Oliver Ortique, Jr. is related to other HistoryMakers
Donate Now

Ortique began his own private law practice in 1956, working on any type of case but focusing primarily on estate cases. His practice became one of the largest estate practices in the State of Louisiana. As the President of the Community Relations Council, Ortique served as “chief negotiator” for the peaceful desegregation of lunch counters, hotels and other public facilities in New Orleans. He served as the president of the National Bar Association from 1965 to 1967 and President Lyndon Johnson named Ortique to the Federal Hospital Council in 1966. In 1970, in the wake of killings by national guardsmen at Kent State University and Jackson State University, President Richard Nixon asked Ortique to serve on the President’s Commission on Campus Unrest. In 1974, President Nixon appointed Ortique to serve on the newly created Legal Services Corporation, a private, non-profit corporation established by the U.S. Congress to seek to ensure equal access to the criminal justice system by providing civil legal assistance to those who were unable to afford it. That same year, the Louisiana Supreme Court appointed Ortique as a judge pro tempore of Orleans Parish Civil District Court. In 1979, the citizens of New Orleans elected him Judge of the Orleans Parish Civil District Court. Ortique was later elected Chief Judge of the Orleans Parish Civil District Court by his fellow jurists.

Over the years, his work with the Louisiana State Bar Association’s Legal Aid Committee provided a model for pro bono legal work. Ortique was elected to sit on the bench of the Louisiana Supreme Court in 1992. He retired from that position in 1994. In addition, Ortique served as the president of the New Orleans Urban League and was named an alternate to the United Nations General Assembly by President Clinton in 1999. Ortique passed away on June 22, 2008 at the age of 84.

See how The Honorable Revius Oliver Ortique, Jr. is related to other HistoryMakers
Donate Now
Click Here To Explore The Archive Today! 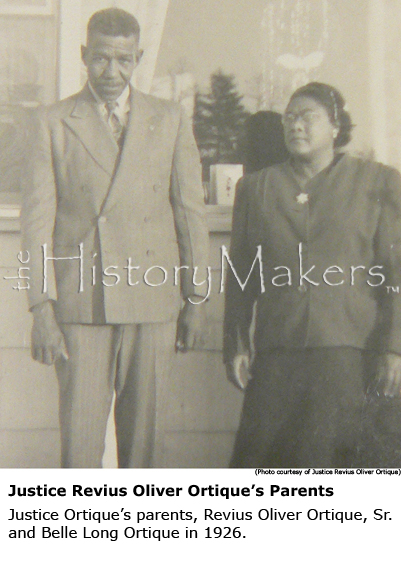 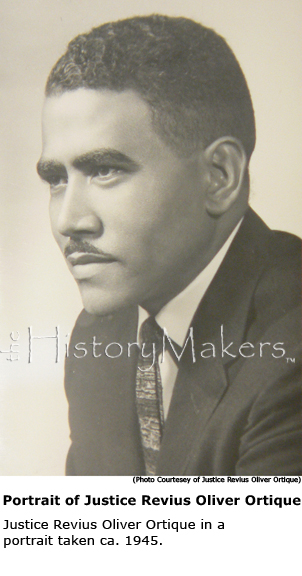