Information about The Honorable Ray Ewell 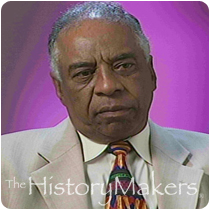 See how The Honorable Ray Ewell is related to other HistoryMakers

Raymond Whitney Ewell was born on December 29, 1928 in Chicago, Illinois. He was the second child of Whitney and Severine Ewell. Ewell attended Corpus Christi Elementary School and Englewood High School before entering the University of Illinois, where he received his B.A. degree in history and his M.A. degree in history education. Ewell then studied at the University of Chicago Law School, graduating in 1954. Membership in the 4th Ward’s Young Democratic Organization proved unrewarding. After military service, Ewell briefly operated a gas station before deciding to practice law. Ewell became a partner in the firm of Ewell, Graham, McCormick, Ross and Davidson.

Ewell’s interest in politics was renewed during Charles Chew’s campaign for Alderman in 1963. Chew, in turn, would become a mentor to Ewell, inspiring him to run for a seat in the state legislature in 1966. While in office, Ewell served as Spokesman for Elections. Ewell was active in Springfield when the first Black Caucus was formed and served as a state legislator until 1983. Currently, Ewell manages his own real estate firm.

Over the years, Ewell has been involved in many organizations, including the YMCA, the NAACP and the Chicago Conference to “Fulfill These Rights.” He and his wife, Joyce, are the parents of three sons.

Ewell was interviewed by The HistoryMakers on July 7, 2000.

See how The Honorable Ray Ewell is related to other HistoryMakers
Click Here To Explore The Archive Today! 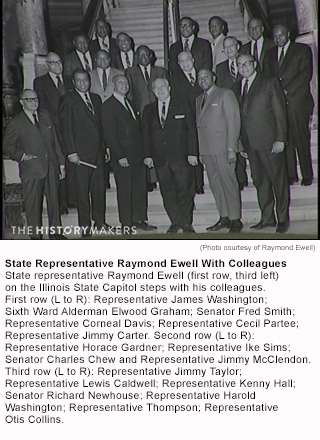 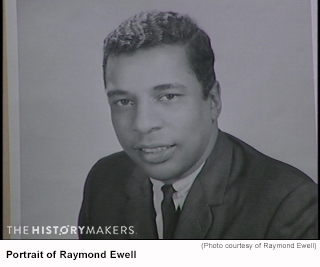