Information about The Honorable Paul Williams 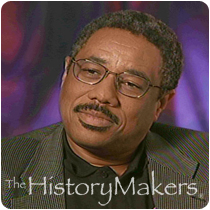 Paul Lawrence Williams, Jr. was born the youngest of three children on July 22, 1953 in Chicago, Illinois to Paul and Sarah Williams. After graduating from Lindblom High School, Williams enrolled at Chicago State University, where he interned with the Illinois General Assembly, thus starting his political career. One of his mentors was Mayor Harold Washington, who ultimately encouraged Williams to run for public office. After completing graduate work at Sangamon State University (now University of Illinois Springfield), Williams enrolled at DePaul University Law School. Williams was admitted to the Illinois Bar in 1984. In 1986, Williams was elected to the Illinois House of Representatives. During his tenure, Williams was instrumental in establishing the Chicago Housing Authority Police Force as well as in forming an independent Cook County Public Defender’s Office.

Voted one of the “10 Best Legislators” by Chicago Magazine, Williams has also been credited with almost single-handedly saving high school health clinics from budget cuts. From 1989 to 1992, Williams served as Assistant House Democratic Floor Leader. At the end of 1992, he returned to private practice, but remains active in politics as a lobbyist. While working in Springfield, Williams met his wife, Erma. They are the parents of two daughters. He is an active member of the NAACP as well as the Illinois, Cook County and Chicago Bar Associations.

Williams was interviewed by The HistoryMakers on September 14, 2000.

See how The Honorable Paul Williams is related to other HistoryMakers
Donate Now
Click Here To Explore The Archive Today!