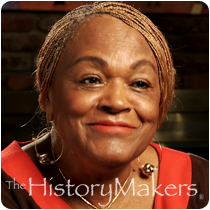 "Be True To Thyself."

Mayor Patsy Jo Hilliard was born on August 20, 1937 in Denver, Colorado. Her father, Elmer Dudley Morrison II, was a chair car attendant, while her mother, Jessie Morrison, was a model. In 1955, Hilliard graduated from Manual High School in Denver, which she attended with her future husband, Asa Hilliard, III. She took classes at Los Angeles State College and worked as a playground supervisor for the Los Angeles public schools in 1956. Hilliard received her B.A. degree in interdisciplinary social sciences from San Francisco State University in 1976. In 2008, Sojourner-Douglass College in Baltimore, Maryland presented her with an honorary doctorate of humane letters.

Hilliard has a decades-long career working in schools. From 1956 to 1961, she was a summer playground supervisor for the Denver Public School System. In 1964, Hilliard taught first grade at Bright Functions School in Monrovia, Liberia. While in Liberia, she also served as volunteer coordinator for the organization American Women in Liberia. In 1975, Hilliard became the first African American and the first woman board member of the South San Francisco Unified School District, a position she filled until 1980. Hilliard made history again in 1993 when she was elected mayor of East Point, Georgia. She was both the first woman and the first African American ever elected to that position. Hilliard remained mayor until 2006, longer than any other East Point mayor. In 2007, Hilliard hosted a television talk show entitled “In the Know with Patsy Jo.” She now serves as CEO of Waset Educational Production Company, which she founded in collaboration with her husband, and leads educational tours to Egypt with the organization Ancient African Study Tours.

Throughout her career, Hilliard has worked with many organizations, including the East Point Business Association, the Fulton County School District’s Superintendents Advisory Board, the Atlanta Airport Rotary Club, the Atlanta High Museum of Art, and the DeYoung Museum of Art. She has served on the Executive Board for the Atlanta chapter of the NAACP, and has served as President for the Atlanta chapter of Links, Inc. and the Atlanta Alumnae Chapter of Delta Sigma Theta Sorority, Inc. Hilliard has received dozens of awards, including the Drum Major for Justice Award from the SCLC, the Torch Award from the Delta Sigma Theta Sorority, and a Public Service Award from Alpha Kappa Alpha. In addition to being counted one of the 100 Most Influential Black Women for six years, she has been inducted into the Atlanta Business League Women’s Hall of Fame.

Hilliard has four children and is the widow of famous historian and EducationMaker Asa G. Hilliard III.

Patsy Jo Hilliard was interviewed by The HistoryMakers on July 15, 2010.