Information about The Honorable Pamela Dashiell 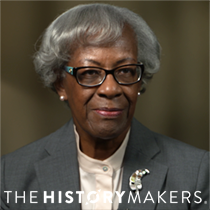 Municipal court judge Pamela M. Dashiell was born on June 12, 1953 in Chicago, Illinois. She earned her B.A. degree in psychology and early education from Simmons University (formerly Simmons College) in 1975 and her J.D. degree from Northwestern University’s Pritzker School of Law in 1978.

Dashiell briefly worked as an assistant state’s attorney in Cook County, Illinois before moving to Boston, Massachusetts in 1980. There, she served as staff counsel for the Massachusetts State Ethics Commission. In 1984, Dashiell transitioned from the state to the municipal level, accepting a position as assistant corporation counsel for the Boston Law Department. She represented city agencies, officers and employees in all stages of litigation. Dashiell stepped down as chief of municipal administration in 1988 and moved to the private sector as in-house counsel for Digital Equipment Corporation. Dashiell supported a multimillion dollar sales channel as well as manufacturing and logistics organizations. She resumed work in the public sector as general counsel for the Massachusetts Executive Office of Elder Affairs in 1994. Three years later, Dashiell became an assistant attorney general in the Massachusetts Office of the Attorney General. She worked in the Public Protection Bureau for two years before accepting a position as general counsel in the Executive Bureau. Dashiell advised the attorney general and first assistant attorney general on legal and policy matters. She also oversaw the provision of support services to all non-legal operational divisions of the office. In 2006, Dashiell left the Office of the Attorney General to work as director of planning and policy development for the Administrative Office of the Trial Court. She remained there until 2009 when Governor Deval Patrick nominated her to the Dorchester Division of the Boston Municipal Court Department of the Trial Court. Dashiell was sworn in as an associate justice on November 2, 2009.

The Honorable Pamela M. Dashiell was interviewed by The HistoryMakers on August 24, 2018.