Information about The Honorable Olly Neal 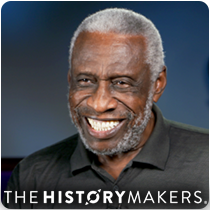 See how The Honorable Olly Neal is related to other HistoryMakers

Judge Olly Neal was born on July 31, 1941 in New Hope, Arkansas to Ollie Neal, Sr. and Willie Beatrice Jones Neal. Neal grew up on a small farm as one of thirteen children. He graduated from Moton High School in Marianna, Arkansas in 1958 and attended LeMoyne-Owens College in Memphis, Tennessee from 1960 until 1962. While at LeMoyen-Owens, Neal organized local sit-ins to protest the segregation of public spaces. He earned his B.S. degree in chemistry from LeMoyne-Owens College in 1974 and received his J.D. degree from the University of Arkansas at Little Rock in 1979.

In 1962, Neal moved to Chicago, Illinois and began working for the United States Postal Service. He was then drafted into the U.S. Army in 1964 and served in Vietnam, during which time he reached the rank of specialist. After his military service ended, Neal became executive director of the Lee County Cooperative Clinic in Marianna in 1970. In 1971, he helped organize and lead a boycott against white merchants in the downtown business district of Marianna. In 1990, Arkansas Governor Jim Guy Tucker appointed Neal to serve as prosecuting attorney for the First Judicial District. Three years later, he was elected as a circuit court judge for the First Judicial District. Governor Tucker then appointed Neal to the Arkansas Court of Appeals in 1996, where he remained until his retirement in 2007. Neal accepted an interim position as a circuit court judge for the First Judicial District in 2010.

In 2003, Neal was awarded the Community Service Award by the Arkansas Judicial Council. He was also named an Outstanding Trial Judge by the Arkansas Trial Lawyers Association in 2010 and was inducted into the Arkansas Black Hall of Fame in 2014.

Neal served as a member of the board of directors for the Arkansas Judicial Council. He was also active with the Lee County School District, the Winthrop Rockefeller Foundation, the National Demonstration Water Project, and the Arkansas Land and Farm Development Cooperation.

Neal lives in Marianna, Arkansas. He has one daughter, Karama; and one son, Nakia.

Judge Olly Neal was interviewed by The HistoryMakers on September 19, 2017.

See how The Honorable Olly Neal is related to other HistoryMakers