Information about The Honorable Monique Davis 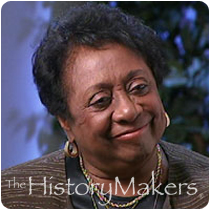 Monique Dionne Davis was born August 19, 1936, in Chicago, Illinois to James and Constance McKay. After graduating from Calumet High School at age sixteen, Davis attended one semester at Chicago State University, leaving to get married and move to Denver, Colorado. After having two children, Robert and Monique, Davis returned to Chicago State University and received her bachelor’s degree in elementary education in 1966, and later her master’s degree in guidance and supervision. Davis also went on to earn graduate hours in administration supervision and special education, as well as credits toward her doctoral degree in administration and supervision from Roosevelt University.

Davis first worked in education in the Chicago Public School system where she taught for eighteen years. She later served as an administrator for the Chicago Board of Education, and a training specialist for City Colleges of Chicago.

Davis’ political career began as a volunteer to Democratic candidates Gus Savage, Monica Faith Stewart and Harold Washington. In 1987, Davis was elected to the Illinois General Assembly, where she has served since. She has served as chair of the Insurance Committee, vice chair of Financial Institutions, member of the Appropriations – General Services Committee, Appropriations – Higher Education Committee, Elementary & Secondary Education Committee, State Government Committee, The Amistad Commission, Racial Profiling Prevention and Data Oversight Board, and co-chairperson of the Commission to End Disparities Facing the African American Community.

Davis has received several awards, including Teacher of the Year from the Gresham Elementary School, Teacher Who Makes a Difference from the Center for New Schools, and Excellent Legislator from Operation PUSH and the Department of Aging.

Davis is a member of Trinity United Church of Christ, Alpha Kappa Alpha Sorority, Inc., NAACP, and Operation PUSH. She is the mother of two, grandmother of four, and great-grandmother of seven.

Monique Davis was interviewed by The HistoryMakers on July 7, 2000.

See how The Honorable Monique Davis is related to other HistoryMakers
Donate Now
Click Here To Explore The Archive Today!