Information about The Honorable Monica Stewart 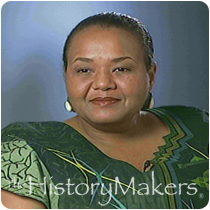 Monica Faith Stewart was born on September 3, 1952, in Chicago, Illinois, to Clarence and Lois Stewart. She graduated in 1975 from Vassar College with a degree in history. Stewart is also a graduate of Harvard University’s Kennedy School of Government.

Stewart first got involved with politics during Ralph Metcalfe's campaign for United States Congress. Then in 1977, Stewart ran for office for the first time. She ran for Alderman for Chicago's 8th Ward and won. Stewart was also a part of Harold Washington's 1983 mayoral campaign. Stewart later had a falling out with Harold Washington which symbolizes her independent thinking as a politician.

In 1981, Stewart was sworn in as a State Representative in the Illinois General Assembly, where she served on the Executive and Public Utilities Committees. Stewart was also part of the Rape Study Commission. Since her first visit to South African as an international observer for the 1994 election that made Nelson Mandela president, she has served as the Director of the Illinois Office of Trade and Investment in that country, providing consultation for the public and private sectors. Stewart was also appointed to the South African law project in 2000.

Stewart has also lectured in public administration and was director of Policy and Development for the North Central Regional Education Laboratory. Stewart has served on the board of directors of the Peace Museum and the Paul Hall Boys Club.

See how The Honorable Monica Stewart is related to other HistoryMakers
Donate Now
Click Here To Explore The Archive Today!