Information about The Honorable Michael Powell 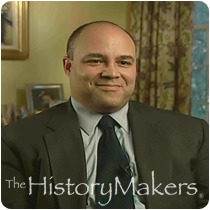 The Honorable Michael Kevin Powell was born on March 23, 1963 in Birmingham, Alabama, the only son and eldest child of General Colin Powell and Alma Vivian Johnson Powell. Powell’s father was serving in Vietnam when Powell was born. He attended the College of William and Mary thanks to an ROTC scholarship, and graduated in 1985 with a degree in government. While attending William and Mary, Powell dated Jane Knott, who he would later marry. After college, he served in the 2nd Armored Cavalry Regiment in Amberg, Germany as a cavalry patrol officer. In 1987, while traveling in a convoy on the Autobahn in Germany, Powell’s jeep crashed and severely injured his pelvis and spine. After being stabilized in Nuremburg’s U.S. Army hospital, Powell spent one year recovering at Walter Reed Army Medical Center.

This injury curtailed his military career, and Powell returned to civilian work with two years as a policy advisor to the U.S. Defense Secretary, Richard Cheney. He then decided to go to law school, attending Georgetown University’s Law Center, where he graduated from in 1993 with a J.D. degree. He initially worked as a clerk in Washington, D.C.’s U.S. Court of Appeals for the Honorable Harry T. Edwards. He was then hired in 1994 as an associate in the Washington, D.C. office for the Los Angeles based law firm O’Melveny & Myers until 1996. While working at O’Melveny & Myers, Powell specialized in telecommunications and antitrust law. The following year, Powell became the chief of staff for the U.S. Justice Department’s Antitrust Division, advising the Assistant Attorney General on criminal investigations, policy development, and mergers.

On July 31, 1997, President William Jefferson Clinton appointed Powell to serve as a commissioner for the Federal Communications Commission (FCC), and in 2001, President George W. Bush appointed him Chairman of the FCC, the second African American to hold the position. As Chairman, Powell intended to modernize FCC regulations and emphasize the importance of the shift from analog to digital technologies. He also encouraged market-driven solutions to promote consumer interest, which involved a general deregulation of the marketplace; Powell’s philosophy highlighted the idea that regulation limits consumer choice. Powell’s well-known accomplishments were the establishment of a “Do-Not-Call” list to avoid telemarketers and forcing wireless carriers to allow consumers to maintain their phone numbers even when switching services. Powell was also responsible for overseeing the Commission’s National Security Emergency Preparedness utility. Powell left the FCC in 2005.

Powell is Senior Advisor with Providence Equity Partners and Chairman of the MK Powell Group. He is Rector of the College of William and Mary. Powell is also an Aspen trustee and serves on the Rand Corporation Board.

Powell lives in Fairfax Station, Virginia with his wife, Jane Knott Powell, and their sons, Jeffrey and Bryan.

See how The Honorable Michael Powell is related to other HistoryMakers
Donate Now
Click Here To Explore The Archive Today!