The Honorable Michael A. Battle 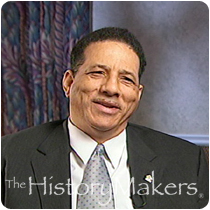 Dr. Michael A. Battle, the seventh president of the Interdenominational Theological Center (ITC), was born on July 28, 1950, in St. Louis, Missouri. He earned his B.A. degree from Trinity College, the master of divinity degree from Duke University and the doctor of ministry from Howard University. Other academic achievements include certifications from the Institute of Educational Management at Harvard University, the Executive Leadership Institute of Hampton University, and American Association of State Colleges and Universities' Millennium Leadership.

Before assuming the presidency of ITC, Battle was vice president of student affairs at Chicago State University. From 1996 to 1998, Dr. battle served as associate vice president of student affairs at Virginia State University, where, under his leadership, the institution's successful planning and assessment was widely acknowledged. From 1976 to 1996, Battle served as dean of the University Chapel at Hampton University, pastor to the Hampton University Memorial Church and executive secretary and treasurer of the Hampton University Ministers' Conference, the nation's largest interdenominational conference among African American clergy. His active participation in the conference helped increase the number of members, which successfully raised significant amounts of money toward the construction of the university's convocation center. Dr. Battle was also a teacher of philosophy and religion, and served for twenty years as a Chaplain in the United States Army Reserve.

Other notable achievements include serving as vice president of the American Committee on Africa form 1994 to 1998, as well as participating as an election observer for the first free election in South Africa. Awards and honors given to Battle include: the Leadership Award from the National Association of Student Affairs Professionals; the Martin Luther King Memorial Speakers Award from Alpha Phi Alpha Fraternity; the Echoes of Excellence Award for Community Service; the National Conference of Christians and Jews Humanitarian Award; and was a Rockefeller Fund for the Theological Education Scholar from 1973 to 1976. Dr. Battle has also authored numerous books and publications on topics related to ecumenism and the Black church.

Battle is married to the former Linda Ann McClure, and is the father of three children: Michael Jr., Lisa Angela and Martin Luther. Michael is a graduate of Malcolm X College in Chicago, Lisa is a graduate of Elizabeth City State University and Central Michigan State University and is also a captain in the U.S. Army; and Martin is completing his undergraduate work in religious studies at Hampton University.