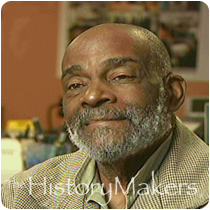 Across the landscape of neighborhoods and politics of Boston, Massachusetts, Melvin H. King is a household name. Simultaneously, for over fifty-five years, he has been an educator, youth worker, social activist, community organizer and developer, elected politician, author, and an adjunct professor at the Massachusetts Institute of Technology (MIT). He is responsible for creating community programs and institutions that have positively changed the lives of low-income, grassroots people across the city of Boston. He is the founder and current director of the South End Technology Center.

King’s mother, Ursula, was born in Guyana, and his father, Watts King, in Barbados. They met and married in Nova Scotia and immigrated to Boston in the early 1920s. King, born in 1928 in Boston’s South End neighborhood, was one of eight children born to the Kings between 1918 and 1938. He graduated from Boston Technical High School in 1946 and from Claflin University in Orangeburg, South Carolina in 1950 with his B.S. degree in mathematics. In 1951, he received his M.A. degree in education from Teacher's College of the City of Boston and then taught math, first at Boston Trade High School and at his alma mater, Boston Technical High School.

In 1953, King left the classroom to work with at risk youth, becoming Director of Boy’s Work at Lincoln House, a settlement house in Boston’s South End community. He continued his community work focusing on street corner gangs as Youth Director at United South End Settlements (USES). He also worked as a community activist and urban renewal and anti-poverty organizer. He was let go by USES when he promoted and supported neighborhood control versus USES and government control over the urban renewal and federal funds to assist poor people. King was then rehired after protests from the community over his firing and was given the job as a community organizer. King, then founded the Community Assembly for a United South End (C.A.U.S.E.), to give tenants and community residents a voice in their communities.

In 1967, King moved to the directorship of the New Urban League of Greater Boston. He brought job training for the unemployed and organized the community around public school, employment, and human services delivery issues.

King ran three times for a seat on the Boston School Committee in 1961, 1963 and 1965, being unsuccessful each time. However, his citywide political organizing for these campaigns paid off. In 1973, he was elected as a state representative for the 9th Suffolk District and served in the Massachusetts Legislature until 1982.

In 1981, King’s book, Chain of Change: Struggles for Black Community Development, was published by South End Press. It focused on development in housing, education, employment and politics in Boston from the 1950s through the 1970s.

In 1970, King created the Community Fellows Program (CFP) in the Department of Urban Studies and Planning at MIT. He served as an adjunct professor of Urban Studies and Planning and director of the Community Fellows Program for twenty-five years until 1996. CFP, a nine-month long program, brought community organizers and leaders from across America to reflect, research and study urban community politics, economics, social life, education, housing and media.

Upon his retirement from MIT, King established the South End Technology Center to provide computer training for low-income people.

In 2003, King created The New Majority, an organization and program uniting Boston’s communities of color around candidates for elective office.

In addition to writing Chain of Change and journal articles, King has used poetry to share his messages.

King and his wife, Joyce, married in 1951, are parents of six children.