Information about The Honorable Maxine Waters 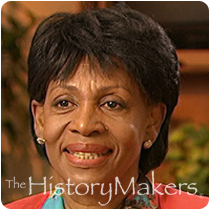 See how The Honorable Maxine Waters is related to other HistoryMakers

Congresswoman Maxine Waters is considered by many to be one of the most powerful women in politics today. Her work has earned her the reputation of being an outspoken advocate for women, children, people of color and poor people.

Born on August 15, 1938, in St. Louis, Missouri, to Remus Moore and Velma Lee Carr Moore, Waters was one of thirteen children. In 1961, she moved to Los Angeles, California, where she found work in a garment factory and as a telephone operator. In 1966, Waters was hired as an assistant teacher with the newly formed Head Start program in Watts. Waters decided to attend college while working at Head Start, and in 1970 earned a sociology degree from California State University in Los Angeles.

Waters became the voice for frustrated Head Start parents. Her efforts encouraged these parents to make federal budget requests, to contact legislators and agencies for increased funding, and to lobby for Head Start components tailored to their community. Waters' concern for parents' rights led her to become involved in local politics and in 1973, she went to work as chief deputy to city council member David Cunningham.

In 1976, Waters quit her job and successfully ran for election to the California State Assembly. During her tenure in the State Assembly, Waters authored numerous pieces of legislation including: a law requiring state agencies to award a percentage of public contracts to minorities and women; tenants' rights laws; a law restricting police efforts to use strip searches; and the largest divestment of state pension funds from businesses involved in South Africa.

After serving for fourteen years in the California State Assembly, in 1990, Waters successfully ran for a seat in the 29th Congressional District of California. In 1992, Waters ran in the much larger 35th District, representing South Central Los Angeles, Inglewood, Gardena, and Hawthorne, and won eighty-three percent of the votes. Waters continues to represent the 35th District and has been active on a number of issues including affirmative action, community development, women's health and welfare reform. Waters focused attention on the plight of inner city communities as well as the allegations of CIA involvement in Contra cocaine drug trafficking in South Central Los Angeles in the mid-1980s.

Waters lives in Los Angeles and is married to Sidney Williams, former U.S. Ambassador to the Commonwealth of the Bahamas. They have two adult children, Karen and Edward.

See how The Honorable Maxine Waters is related to other HistoryMakers
Click Here To Explore The Archive Today! 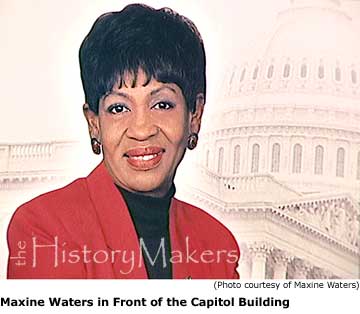 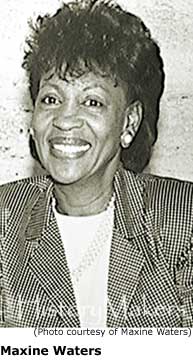