Information about The Honorable Mary Flowers 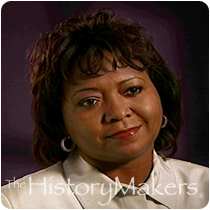 See how The Honorable Mary Flowers is related to other HistoryMakers

Mary Evelyn Flowers was born on July 31, 1951, in Inverness, Mississippi. As a child, she moved with her family to Chicago, Illinois, where she attended Simeon High School. Upon graduation in 1970, Flowers enrolled at Kennedy-King College in Chicago before transferring to the University of Illinois at Chicago Circle Campus. After receiving her degree, Flowers held a series of positions with her alma mater before assuming the position of Vice-Chancellor for Academic Affairs, which she held from 1977 to 1979.

Flowers’ career in politics began as a volunteer for the mayoral campaign of Harold Washington. In 1985, she was elected to the Illinois House of Representatives from Chicago’s 31st District. As a member of the state legislature, Flowers has been instrumental in passing considerable health care and children’s rights legislation. She also sponsored the Illinois Managed Care Act, which was signed into law.

Flowers spearheaded the renaming of the Calumet Expressway after Bishop Louis Henry Ford, making the Bishop Ford Highway the first expressway to be named after an African American. She has sponsored legislation to keep public pension funds from being invested in apartheid-era South Africa as well as legislation requiring sensitivity training for police officers in Illinois. Flowers served as Chairperson for the Committee On Health Care Availability and Access.

Married to Daniel Coutee, Flowers is the mother of one daughter, Makeda. She was the recipient of several award and honors, including “Legislator of the Year” from the Community Behavior Healthcare Association of Illinois and the “Legislative Appreciation Award” bestowed by the Chicago Teachers Union.

See how The Honorable Mary Flowers is related to other HistoryMakers
Click Here To Explore The Archive Today!