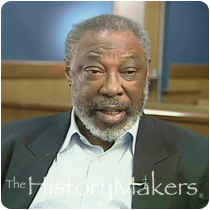 See how The Honorable Marvin S. Arrington, Sr. is related to other HistoryMakers
Donate Now

In 1969, he and Maynard Jackson were elected to the Atlanta Board of Aldermen, a precursor to Atlanta’s City Council. Four years later, Jackson would defeat incumbent Mayor Sam Massell and become the first African American to be elected mayor of a large southern city. In 1980, Arrington would be elected president of the City Council and would serve in that capacity until he stepped down in 1997 to unsuccessfully run for mayor of Atlanta.

During his service on the City Council, Arrington introduced legislation to support federal prohibitions against housing discrimination and he ensured aggressive enforcement of state and federal housing laws designated to stabilize transitional neighborhoods. Arrington spearheaded Atlanta’s efforts to include minority-owned banks as equal partners with other participating banks. He worked with Georgia Senator Leroy Johnson to pave the way for Atlanta to host the return of Muhammed Ali to the ring after his four-year ban from boxing for draft avoidance. Arrington appointed the first woman to chair the city council’s powerful finance committee and he championed the retention and proper funding of Zoo Atlanta. He initiated measures to require that all city council and standing committee meetings be recorded and kept on file by the city clerk. Arrington used the buildup for the 1996 Atlanta Olympics to convert run down public housing projects to upgraded housing. He coordinated the funding for erection of the statute of Hank Aaron, which stands at the entrance of Turner Field.

A senior partner in the Arrington and Hollowell law firm, he was appointed, in 2002, as a Fulton County Superior Court Judge by then - governor, Roy Barnes.

Arrington was interviewed by The HistoryMakers on March 18, 2006.

See how The Honorable Marvin S. Arrington, Sr. is related to other HistoryMakers
Donate Now
Click Here To Explore The Archive Today!