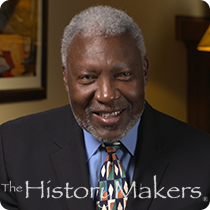 Political leader Marvin Pratt was born on May 26, 1944, in Dallas, Texas to Leon Pratt, Sr. and Mildred Joyce Pratt. He moved with his family to Milwaukee, Wisconsin in 1959, where he attended North Division High School. After high school graduation, Pratt enlisted in the United States Air Force and served for three years. In 1968, after he received an honorable discharge from service, Pratt enrolled at Marquette University in Milwaukee, Wisconsin where he obtained his B.A. degree in political science in 1972.

After graduation, Pratt began his political career working as an intern for Milwaukee Mayor Henry Maier. Pratt ran for his first political seat as alderman on the Common Council, in 1984; he lost that election to Roy B. Nabors. Pratt ran again in a 1986 special election for the same seat and won. Upon his election to alderman, Pratt was appointed to the Finance and Personnel Committee. As a committee member, one of the initiatives that Pratt worked on was the Residents Preference Program, which helped to create employment opportunities for City of Milwaukee residents. In 1996, he was elected as chairman of that committee, a position he held until 2000. In 2000, Pratt was elected as the Milwaukee Common Council president. Pratt remained in that position until 2004. In 2004, when Mayor John Norquist stepped down, Pratt was appointed as the acting mayor of Milwaukee, the first African American to hold that position. However, Pratt lost the mayoral election in 2004 to Tom Barrett. In 2006, Pratt began his own consulting firm, Marvin Pratt and Associates LLC, which specialized in consulting and government relations. In 2011, he was elected as interim Milwaukee county executive, making him the first person to hold both the position of mayor and county executive in Milwaukee.

In 2016, Milwaukee Public Schools named a school in honor of Pratt; the Marvin E. Pratt Elementary School. Pratt also holds the rank of major in the United States Army Reserves.

Pratt and his wife Dianne, have two children, Michael Pratt and Andrea Pratt-Ellzey, and five grandchildren.

Marvin Pratt was interviewed by The HistoryMakers on February 20, 2017.