Information about The Honorable Marie Johns 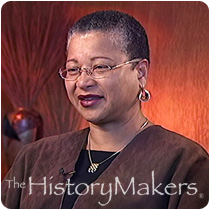 See how The Honorable Marie Johns is related to other HistoryMakers

State representative, telecommunications chief executive and the deputy administrator of the U.S. Small Business Administration (SBA), Hon. Marie Annette Collins Johns was born in Indianapolis, Indiana on August 19, 1951. Johns grew up with her parents, Freida Delight Casey Collins and Richard D. Collins, a retired police lieutenant, in an urban Indianapolis African American community. She attended Grandview Elementary School. Upon entry into North Central High School, and in order to be afforded more competitive and challenging educational opportunities, the family relocated to the suburbs. Johns excelled in high school, and went on to attend Indiana University. She earned a B.S. degree in urban studies and public policy analysis in 1979 and an M.S. degree in management, public policy analysis & budgeting at Indiana University. She also attended post-graduate courses at Harvard University and the University of Virginia, studying federal regulatory policy and financial management respectively.

Johns began her career as a fiscal analyst in the Indiana Legislative Services Agency. From there, she was hired as the staff supervisor for Bell Atlantic Network Services in Arlington, Virginia. She then became FCC Director at Bell Atlantic Corporation articulating and defending Bell Atlantic's interests with telecommunications industry organizations. She continued working in assignments showing increased skills and responsibility with C & P Telephone Co. and Bell Atlantic. In April of 1998, she was named president and CEO of Bell Atlantic and then served as president of Verizon, Washington, D.C. until February 2004.

Johns has participated in a wide range of organizations that support education and youth. During her tenure as president, she was instrumental in the effort to obtain a $10 million grant for the D.C. Public Schools. She assisted with the development of DC Reads, a literacy coalition that provides support to programs that offer leadership, training and development. In addition, she spearheaded a Verizon-sponsored program called SEEDS, that trained out-of-school youth for jobs in the information technology industry. Johns was the Director for a non-profit that provided funding for every public school and library in Washington, D.C. for high-speed connections and local area networks. Johns provided leadership in the formation of the Washington D.C. Technology Council and the Georgia Avenue Business Resource Center. She was a mayoral appointee to the National Capital Revitalization Corporation. Johns is seated on many boards, including a trustee of Howard University. Johns has been the recipient of over 100 awards for her business and civic leadership. She was named by the Washingtonian Magazine as one of the 100 Most Powerful Women in 1999 and 2001, and as one of the Twenty-five Most Influential Black Women in Business by the Network Journal in April, 2003. She and her husband, Wendell, have a son, Richard.

Hon. Marie Annette Collins Johns was interviewed by The HistoryMakers on March 3, 2004.

See how The Honorable Marie Johns is related to other HistoryMakers
Click Here To Explore The Archive Today! 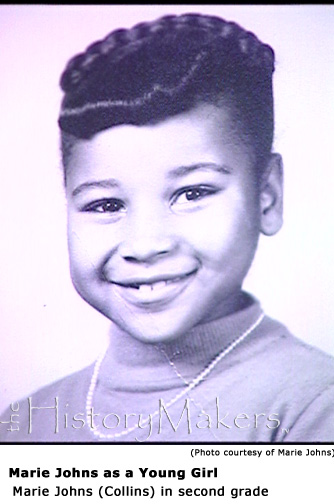 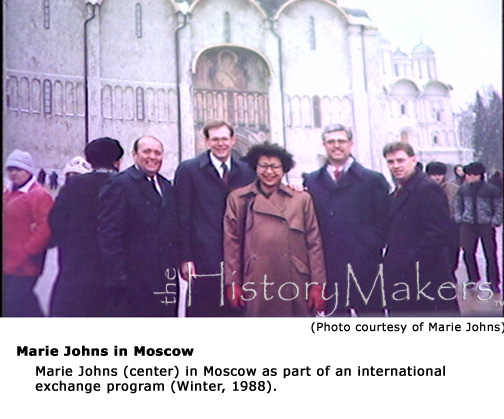