Information about The Honorable Lottie Shackelford 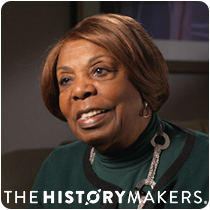 Political and civic leader Lottie Shackelford was born on April 30, 1941 in Little Rock, Arkansas to Bernice Linzy Holt and Curtis Holt, Sr. Shackelford graduated from Horace Mann High School in 1958, and later earned her B.A. degree in business administration from Philander Smith College in 1979. Shackelford also later served as a senior fellow at the Arkansas Institute of Politics and the Kennedy School of Government at Harvard University.

An active member of Delta Sigma Theta Sorority, Inc., Shackelford received numerous honors and awards from the organization, including the Delta Sigma Theta Sorority Trailblazer Award in 1980, the Mary Church Terrell Award in 1998 at the National Convention, and the Delta Legacy Award at the 42nd National Convention. Shackelford was also named one of Esquire Magazine’s forty most influential African Americans in 1984. She was inducted into the Arkansas Black Hall of Fame in 1993. In 2017, she received a Humanitarian Award from the Just Communities of Arkansas. Shackelford served on the board of directors of Medicis Pharmaceutical Corporation from 1993 to 2012. She also served on the board of directors of Philander Smith College, Chapman Holdings, and eChapman Incorporated.

Lottie Shackelford was interviewed by The HistoryMakers on March 14, 2018.