Information about The Honorable Lorraine Miller 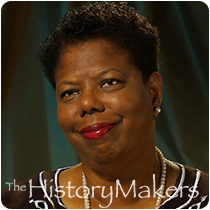 See how The Honorable Lorraine Miller is related to other HistoryMakers

Former clerk of the United States House of Representatives Lorraine C. Miller was born in Fort Worth, Texas, to Lena Marie and Johnnie C. Miller. Miller was heavily involved in the Baptist Church as a child, and both of her parents believed ardently in the National Association for the Advancement of Colored People (NAACP). In the early 1970s, Miller enrolled at Jarvis Christian College outside of Dallas, but she quickly changed career paths and began attending the University of North Texas. She then graduated from North Texas in 1975 with her B.A. degree in political science.

Upon graduation, Miller worked as a high school government teacher in Fort Worth. She then decided to pursue a political career and worked as an intern for the Maryland Legislature in Washington, D.C. in the late 1970s. Soon after moving to Washington, she enrolled in classes at American University and started working for United States Congressman Jim Wright. Miller would go on to work for Wright for eleven years, including serving as his executive assistant when he was speaker of the house from 1987 to 1989. Then, she worked for House Speaker Tom Foley and U.S. Congressman John Lewis in the early 1990s. Miller would later attend Georgetown University and graduate with her executive M.B.A degree.

In the mid-1990s, Miller served two years in the White House as the deputy assistant to President William J. Clinton. She then served as the director of government relations for the Federal Trade Commission from 1995 to 1999. In 1999, Miller became chief of the Consumer Information Bureau of the Federal Communications Commission. Then, in 2001, she served as senior advisor to House Minority Whip Nancy Pelosi until 2007, when Pelosi named Miller the new clerk of the House of Representatives. Miller would become the first African American to both hold that seat and to serve as an officer of the U.S. House of Representatives. She held the seat until 2011.

In 2004, Miller was elected president of the Washington, D.C. branch of the NAACP. Then, in 2008, she was elected to the NAACP National Board of Directors.

Lorraine C. Miller was intervied by The HistoryMakers on July 27, 2013.

See how The Honorable Lorraine Miller is related to other HistoryMakers
Click Here To Explore The Archive Today!