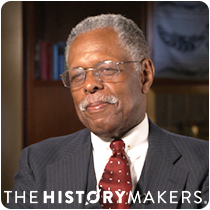 "A Closed Mouth Doesn’t Get Fed."

Judge Larry Card was born on October 23, 1947 in Liberal, Kansas to Mary Card and Kenneth Card. He graduated from Liberal High School in 1965, and went on to attend Wichita State University in Wichita, Kansas, where he earned his B.A. degree in political science in 1969. He later received his J.D. degree from the University of Kansas School of Law in 1976.

Card enlisted in the U.S. Air Force as a commissioned second lieutenant in 1969, serving eight years of active duty and twelve years in the reserves. After earning his J.D. degree in 1976, Card moved to Anchorage, Alaska, where he worked as an assistant judge advocate for the U.S. Air Force Judge Advocate General Corps. In 1981, Card entered into private practice as a criminal defense attorney in Anchorage. He then worked as an organized crime drug enforcement task force assistant U.S. attorney and federal prosecutor from 1989 to 1991. Two years later, Card became the first African American attorney appointed as a superior court judge in the State of Alaska. There, he chaired the criminal pattern jury instructions committee, and was a member of the Supreme Court of Alaska equal access to justice committee and domestic relations rules committee. Card became a senior superior court judge in 2006. He was also a member of the Alaska Judicial Council from 1993 to 2005. Following his retirement in 2017, Card served as an adjunct professor at the University of Alaska Anchorage.

Card was a member of the Alaska Supreme Court’s advisory committee on fairness and access. He also served on the board of directors for the Boys and Girls Club of Alaska. Card taught free community classes on legal issues with Law Day Academy, and served as a mentor for Color for Justice, an organization that encourages young women and youth of color to pursue careers in law. Card was a recipient of the U.S. Air Force Reserves commendation medal with oak leaf clusters, in addition to the National Defense Service Award.

Judge Larry Card was interviewed by The HistoryMakers on May 23, 2018.