Information about The Honorable LaDoris Cordell 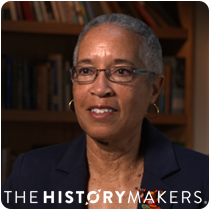 Favorite Food:
Collard Greens
Favorite Quote:
Activism is my rent for living on this planet.

Favorite Food:
Collard Greens
Favorite Quote:
Activism is my rent for living on this planet.

See how The Honorable LaDoris Cordell is related to other HistoryMakers

Judge LaDoris Cordell was born on November 19, 1949 in Ardmore, Pennsylvania to Clara Beatrice Jenkins and Lewis Randall Hazzard. Cordell earned her B.A. degree in drama from Antioch College in 1971, and her J.D. degree from Stanford University in 1974.

Cordell opened the Law Office of LaDoris Hazzard Cordell in East Palo Alto, California. In 1978, she became the assistant dean for student affairs at Stanford University’s Law School. Cordell was appointed to the Municipal Court of Santa Clara County by Governor Jerry Brown in 1982. During her time on the Municipal Court, Cordell spent three months as justice pro tem for the State Court of Appeal, Sixth District. In 1988, Cordell won an election to the Superior Court of Santa Clara County, making her the first African American woman to sit on a Superior Court in Northern California. She remained on the court until 2001. Cordell was then hired as vice provost and special counselor to the president for campus relations at Stanford University. In 2003, she was elected to a four-year term on the Palo Alto City Council. Cordell retired from her position at Stanford in 2009 and was appointed as an independent police auditor by the City of San Jose the following year. She remained in that position until 2015. Cordell then served on a Blue Ribbon Panel that reviewed the operations of the San Francisco Police Department. In 2017, she was chosen to be the presiding judge on the television show, “You the Jury.”

Cordell received many awards for her community involvement and judicial career. She was the recipient of the Silicon Valley NAACP’s William E.B. Dubois Award, the Iola Williams Public Service Award, and the National Council of Negro Women’s Public Service Award. Cordell also received the Social Justice Award from the Legal Advocates for Children & Youth and the Rose Bird Memorial Award from the California Women Lawyers.

LaDoris Hazzard Cordell was interviewed by The HistoryMakers on November 28, 2017.

See how The Honorable LaDoris Cordell is related to other HistoryMakers