Information about The Honorable Kurt Schmoke 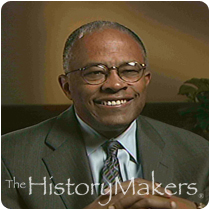 Mayor, city attorney, and academic administrator Hon. Kurt L. Schmoke was born on December 1, 1949 in Baltimore, Maryland, the only child of Irene and Murray Schmoke. College-educated, Murray Schmoke was a chemist while Irene was a social worker. Schmoke attended Baltimore City College, a public high school, where he was the quarterback of the school’s state champion football team. Schmoke’s parents and pastor, Marion Bascom of the Douglas Memorial Community Church, encouraged his academic career. Schmoke was also mentored by Baltimore Judge Robert Hammerman, who asked him to join the Lancers Boys Club, a youth organization that Hammerman ran in his spare time.

Schmoke attended Yale University, where he continued to excel in school and athletics, and was chosen to represent the student body during the turmoil that surrounded the 1970 trial of Black Panther Bobby Seale. Schmoke graduated with his B.A. degree in history in 1971, after which he was selected for a Rhodes Scholarship. He studied at Oxford University in England for two years, traveling throughout Europe and Africa in his free time. Schmoke attended Harvard Law School, graduating with his J.D. degree in 1976. While in law school, he met and married Baltimore native and ophthalmologist Patricia Locks. The couple has two children, Gregory and Katherine.

After passing the Maryland Bar Examination, Schmoke joined the prominent law firm of Piper & Marbury, where he worked for less than two years before being recruited by the Carter Administration to work as assistant director under Stuart Eizenstat on the White House Domestic Policy Staff. Schmoke, however, decided to return to public service in Baltimore as an Assistant United States Attorney in 1978. Four years later, he successfully ran for State’s Attorney, Baltimore’s chief prosecuting officer.

In 1987, Schmoke became the first elected African American mayor of the City of Baltimore. Schmoke was re-elected to his second term with more than 70% of the vote in 1991. As mayor, Schmoke developed a reputation for his pioneering approaches to the problems of urban America. During his time in office, he instituted needle-exchange programs for drug addicts, attracted a new football team to the city and promoted citywide reading. President George Bush awarded him the 1992 National Literacy Award for his efforts to promote adult literacy. Two years later, President Bill Clinton praised his programs to improve public housing and to enhance community economic development. In 1999, Schmoke elected not to run for a fourth term and was succeeded by Martin O’Malley. From 2000 to 2002, he was a partner in the law offices of Wilmer, Cutler & Pickering in Baltimore. Schmoke is the Dean of Howard University’s School of Law, a position he assumed in 2003. Schmoke is on the board of directors of the Carnegie Corporation of New York, Children’s Health Forum, Foundation for the National Institutes of Health, Howard Hughes Medical Institute, Legg Mason, Inc. and McGraw-Hill Companies.

Hon. Kurt Schmoke was interviewed by The HistoryMakers on September 25, 2007.

See how The Honorable Kurt Schmoke is related to other HistoryMakers
Donate Now
Click Here To Explore The Archive Today!