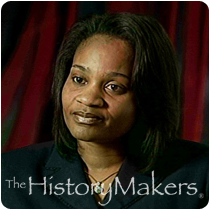 "Failure is not an option."

Kimberly Lightford was born on May 10, 1968 in Chicago, Illinois. As a young child, she moved with her family to the surrounding suburb of Maywood, Illinois. Attending Proviso East High School, Lightford was active in the Student Council. Upon graduating from high school, she enrolled at Western Illinois University in Macomb, Illinois. There, she studied human relations and management with a minor in African American studies. Lightford’s first job after graduation was with the Secretary of State’s Office.

Lightford decided to pursue an advanced degree, enrolling at Sangamon State University in Springfield and majoring in public administration. While there, she interned with the Illinois House of Representatives. She became a Trustee of the Village of Maywood and, in 1998, was elected to the Illinois State Senate.

Senator Lightford serves as Minority Spokesperson of the Committee on Financial Institutions as well as Co-Chair of the Commission on Intergovernmental Cooperation. She is a member of the Commission on Legislative Research, the Education Committee and the Committee on State Government Operations. She was instrumental in passing a bill that would allow criminal background checks on Local School Council members. Lightford is also known for her support of the Moment of Silence Bill which made it mandatory for school to have a moment of silence everyday. Previously, it was optional.

Married, Lightford is a member of the National Black Caucus of Local Elected Officials, the National League of Cities and Delta Sigma Theta Sorority, Inc. She has also remained a Trustee for the Village of Maywood at the time of the interview.