Information about The Honorable Kenneth Gibson 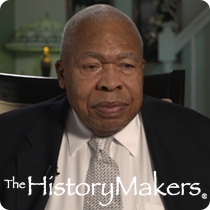 See how The Honorable Kenneth Gibson is related to other HistoryMakers

Political leader Kenneth Gibson was born on May 15, 1932 in Enterprise, Alabama to Willie Gibson and Daisy Gibson. In 1940, his family migrated to Newark, New Jersey. He attended Monmouth Street School, Cleveland Junior High School and graduated with honors from Newark’s Central High School. Gibson served in the United States Army in the 65th Engineering Battalion from 1956 to 1958. He continued his education after leaving the army, and received his B.S. degree in structural engineering in 1962 from the Newark College of Engineering in Newark, New Jersey.

From 1950 to 1960, he worked as an engineer for the New Jersey Highway Department. Then in 1960, he was hired as the chief engineer for the Newark Housing Authority and was promoted to the position of New Jersey State Official Chief Structural Engineer for the City of Newark in 1966. In this role, Gibson held several community administration and management roles for the City of Newark and the Office of Mayor Hugh J. Addonizio. In 1970, Gibson was elected to the position of Mayor of Newark, New Jersey and served four consecutive terms from 1970 to 1986 – he was the first African American Mayor of Newark, New Jersey. Gibson also ran unsuccessfully for governor of New Jersey in 1981 and 1985.

During his career, he received numerous recognitions and awards for his public and government service. In 1964, Newark’s Junior Chamber of Commerce named him Man of the Year. In 1976, Gibson was elected president of the United States Conference of Mayors, as the first African American to hold this position. In 1979, Gibson received the U.S. Senator John Heinz Award for Greatest Public Service by an Elected or Appointed Official, an award given out annually by Jefferson Awards Foundation.

Gibson was active in the National Urban League, the National Association for the Advancement of Colored People (NAACP), the Congress of Racial Equality (CORE), the YMCA and the YWCA. He headed Newark’s Business and Industry Coordinating Council, a job-finding organization, and served as vice-president of the United Community Corporation, an antipoverty agency.

Kenneth Gibson was interviewed by The HistoryMakers on January 31, 2017.

See how The Honorable Kenneth Gibson is related to other HistoryMakers
Click Here To Explore The Archive Today!