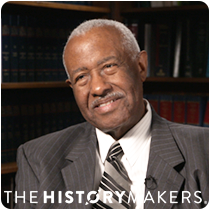 See how The Honorable John Walker, Sr. is related to other HistoryMakers

Lawyer and political official John Walker, Sr. was born on June 3, 1937 in Hope, Arkansas. He attended Yerger High School in Hope, and graduated from Jack Yates High School in 1954 in Houston, Texas. Walker received his B.S. degree in sociology in 1958 from Arkansas A.M. & N. College (now the University of Arkansas at Pine Bluff) and his M.S. degree in 1961 from New York University as well as his J.D. degree in 1964 from Yale Law School in New Haven, Connecticut.

In 1964, Walker was admitted to the Arkansas State Bar and went to work for the NAACP Legal Defense Fund in New York City. By 1965, Walker opened up his own solo practice in Little Rock, Arkansas with a focus on civil rights. Many of Walker’s early cases involved cases of racial discrimination in Corporate America. In 1968, Walker opened one of the first three racially integrated law firms in the south. First known as Walker and Chachkin, with Norman Chachkin, Esquire, the firm was credited with championing the first lawsuit filed in the nation for the harmful effects of racially segregated schools in Arkansas, and for the damages suffered by Arkansas African American children by the loss of benefits from federally funded school programs.

John Walker, Sr. was interviewed by The HistoryMakers on March 15, 2018.

See how The Honorable John Walker, Sr. is related to other HistoryMakers