Information about The Honorable Jock Smith 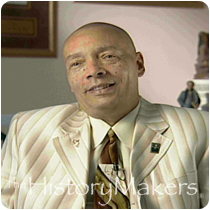 Attorney, law professor, municipal court judge, and trial lawyer Jock Michael Smith was born on June 10, 1948, in New York City to Betty Lou Nance Bowers and Jacob Smith. Despite the untimely death of his father in 1956, Smith still excelled academically, receiving his B.S. degree from Tuskegee University in 1970 and his J.D. degree from the University of Notre Dame’s Law School on May 20, 1973.

After receiving his law degree, Smith then became a legal advisor to the NAACP’s Civil Rights Project in Broome County, New York. A year later, Smith moved to Alabama, and in 1977, he became the assistant attorney general for Montgomery, Alabama. That same year, Smith opened his own law firm in Tuskegee, Alabama where he represented plaintiffs and defendants in both criminal and civil suits until 1998. In 1987, Smith became a city municipal judge in Camp Hill, Alabama, and spent two years on the bench. In 1990, he became County Attorney in Macon County, Alabama. He represented the county in all legal matters for fifteen years. In 1993, Smith worked as an administrative law judge for Alabama’s Department of Environmental Management. The following year, he founded Scoring For Life, Inc., a non-profit organization that encourages teens, children and adults with motivational messages. In 1997, Smith became a principal stockholder and sports agent for Cochran Sports Management while working alongside Johnnie L. Cochran Jr. A year later, Smith joined Cochran at the firm of Cochran, Cherry, Givens & Smith, P.C. in Tuskegee, Alabama as a senior partner. In 1999, he also became a play-by-play announcer for Tuskegee University's Tiger Football and the Tuskegee Community Network. In addition to his legal career, Smith also taught at State University of New York at Binghamton and Tuskegee Institute.

Smith has received numerous awards, including honorary doctorates of Divinity Degrees from the Pentecostal Bible College, Tuskegee, Alabama and the Montgomery Bible Institute and Theological Center, Montgomery, Alabama, and keys to the cities of New Orleans, Louisiana, Memphis, Tennessee and Flint, Michigan. He has been recognized by the Alabama Trial Lawyers Association for tireless dedication and unwavering commitment, inducted into the Million Dollar Advocates Forum and received the Inaugural Johnnie L. Cochran, Jr. Journey to Justice Award in 2005 at the National Bar Association Convention. "The Martindale-Hubbell" legal publication has given Smith its highest rating, the AV Rating, and "Lawdragon" Legal Magazine in Los Angeles, California selected him as one of America’s Top 500 Trial Litigators in 2006 and 2007. Smith was inducted onto the President’s Advisory Council of the National Wildlife Federation (NWF), making him the first African American to serve on that board. In 2002, he published his autobiography entitled, "Climbing Jacob’s ladder: a Trial Lawyer’s Journey in Behalf of the ‘Least of These’."

Jock Smith was interviewed by The HistoryMakers on September 5, 2007.

See how The Honorable Jock Smith is related to other HistoryMakers
Donate Now
Click Here To Explore The Archive Today!