Information about The Honorable Jesse White 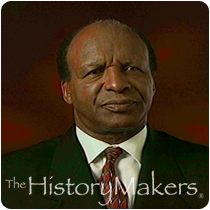 See how The Honorable Jesse White is related to other HistoryMakers

State government appointee Jesse White was born on June 23, 1934 in Alton, Illinois. In 1943, he moved to Chicago with his parents, where he attended Schiller Elementary School. He went on to attend Waller High School, where he was active in school athletics, being named All-City in basketball and baseball. He also excelled at tumbling and hoped to play professional baseball after graduation, fielding offers from the St. Louis Browns and the Pittsburgh Pirates. However, White’s father insisted that he first go to college. White enrolled at Alabama State College, majoring in physical education. He also played baseball and basketball, earning All-Conference honors in both sports.

Upon graduation, White signed with the Chicago Cubs organization. However, four days before leaving for spring training, he was drafted by the United States Army, where he attended jump school and was trained as a paratrooper. White was soon assigned to the 101st Airborne Division. After his discharge in 1959, White returned to Chicago, where he finally began his professional baseball career, playing for several seasons with the Chicago Cubs organization.

Off-season, White also worked as a physical education instructor at Schiller Elementary School, the school that he attended as a child, as well as with the Chicago Park District. In December 1959, White was asked to organize a gym show at the Rockwell Garden Housing Project. This show laid the foundation for what would become known worldwide as the Jesse White Tumbling Team. For over forty years, the Jesse White Tumbling Team has served as a positive alternative for over 5,000 underprivileged Chicago children.

As White continued to juggle teaching and tumbling, he was approached to run for a seat in the state legislature, replacing Robert Thompson, who was retiring. In 1974, he was elected to the Illinois House of Representatives, where he served on the Committees on Aging, Elementary & Secondary Education, Public Utilities, and chaired the Committee on Children and Human Services. Among the bills proposed by White in the House was the Good Samaritan Bill, which allowed hotels to offer leftover food to soup kitchens without threat of liability.

With the exception of the 1977-79 term, White served in the Illinois General Assembly until 1992 when he was elected Cook County Recorder of Deeds. In 1996, he was reelected to the same office and served until 1998, when he made history by being the first African American elected Secretary of State for Illinois. The Secretary of State’s office is responsible for issuing license plates and titles, maintaining driver records and overseeing the State Library, State Archives and the organ and tissue donor program.

The father of two daughters, White has had a varied career and a strong impact both inside and outside the world of politics.

White was interviewed by The HistoryMakers on April 3, 2001.

See how The Honorable Jesse White is related to other HistoryMakers
Click Here To Explore The Archive Today!