Information about The Honorable Jesse Madison 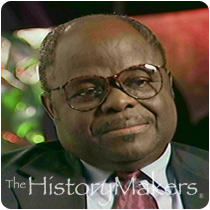 See how The Honorable Jesse Madison is related to other HistoryMakers

Jesse Donald Madison was born on January 1, 1939 in Memphis, Tennessee to Mildred and Walter Madison. He graduated from Manassas High School in 1956 and moved to Chicago, Illinois to continue his education. Initially attending Wilson Junior College (now Kennedy-King), Madison soon transferred to Roosevelt University, where he received his B.A. degree in business administration. While in college, Madison married Frances Thornton. An accountant by occupation, Madison spent ten years in this field, rising to the position of Senior Accountant with the Maremont Corporation. While serving as Deputy Director of the Chicago Economic Development Corporation, Madison launched his political career by being elected in 1974 to the Illinois House of Representatives. During Madison’s two terms in Springfield, he supported and helped pass the Public Aid Appropriations Bill, the Adult Education Bill and others. In 1976, he was voted the “Best Legislator” by the Independent Voters of Illinois.

Madison left the Illinois General Assembly at the end of 1978 and was hired by the Urban League to act as Vice-President of Finance and Administration. However, when Harold Washington decided to run for Mayor of Chicago, he asked Madison to join his campaign staff. Under Washington’s leadership, Madison served as Commissioner of Consumer Services for three years. He was also Commissioner of the Chicago Park District, where he remained until Richard M. Daley became Mayor.

Since leaving city government, Madison served as the President and CEO of the Abraham Lincoln Center, a social service organization. He was also involved in many civic organizations, including the African American Family Commission, the Make-A-Wish Foundation and the Child Welfare Advisory Council.

Madison passed away on August 8, 2014, at the age of 75. He and his wife had two daughters, Tracey and Lynn, and two grandchildren.

Jesse Madison was interviewed by The HistoryMakers on August 21, 2000.

See how The Honorable Jesse Madison is related to other HistoryMakers
Click Here To Explore The Archive Today!