Information about The Honorable Jerry Butler 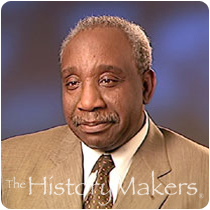 Award-winning performer, producer and composer Jerry "The Iceman" Butler was born in Sunflower, Mississippi on December 8, 1939. He moved to Chicago, Illinois at the age of three and grew up in an area later known as the Cabrini-Green Housing Projects. Butler met Curtis Mayfield, with whom he began his musical career as part of a quintet called "Jerry Butler and The Impressions." In 1958, The Impressions had their first hit with the classic "For Your Precious Love," after which the group cordially split and 18-year-old Butler went on to pursue a solo career. Spanning five decades, Butler's musical career has produced over 50 albums, numerous hit songs and three Grammy Award nominations. Butler, a musical icon, is known for his smooth, distinguished voice.

Butler has had numerous hit songs go platinum during his career, including "For Your Precious Love" with The Impressions (1958), "He Will Break Your Heart" (1960), "Moon River" (1961), "Never Gonna Give You Up" (1967), "Hey Western Union Man" (1968), "Brand New Me" (1969), "Only The Strong Survive" (1969), and "Ain't Understanding Mellow" (1973). In addition to his recording credits, Butler has hosted and appeared on numerous television variety specials; been nominated for three Grammy Awards; and received various awards for singing, composing, and publishing, including several from the American Society of Composers, Authors and Publishers, two Billboard magazine awards, two Humanitarian Awards and several Broadcast Music Inc. (BMI) Awards. Butler was inducted into the Rock and Roll Hall of Fame in 1991 and into the Rhythm and Blues Foundation in 1994, a non-profit organization for which he has served as the Chairman of the Board.

Influenced by the Civil Rights movement, Butler entered politics in the mid-1980s as a campaign supporter of Chicago's first African American Mayor, Harold Washington. Butler himself was first elected to public office in 1985 as the Cook County Commissioner, where he served three four-year terms. In 1993, at the age of 55, Butler received a Master's Degree in Public Administration from Governor's State College in University Park, Illinois. Butler and his wife, Annette, married in 1959, reside in Chicago and are parents to twin sons.

See how The Honorable Jerry Butler is related to other HistoryMakers
Donate Now
Click Here To Explore The Archive Today!