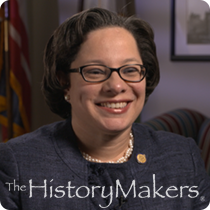 In 1996, McClellan served as a page at the Democratic National Convention. After graduating from the University of Virginia, she was hired at the law firm of Hunton & Williams. In 2005, McClellan ran for her first political office in the Virginia House of Delegates. From 2006 to 2017, McClellan served as the representative for the 71st District in the House of Delegates of Virginia, where she served on the House Education, Commerce and Labor, and Courts of Justice Committees, and the Virginia Conflicts of Interest and Ethics Advisory Council. She also served as a super-delegate at the 2009 Democratic National Convention, and served as vice chair of the Democratic Party of Virginia. In 2017, McClellan was elected to the Virginia State Senate, where she served on the Agriculture, Conservation & Natural Resources, Local Government, and Transportation Committees. McClellan also chaired the Dr. Martin Luther King, Jr. Memorial Commission, and served on the Virginia Indian Commemorative Commission and the Task Force on the Preservation of the History of Former Enslaved African Americans.  She co-chaired the Capital Region Caucus, served as vice chair of the Virginia Legislative Black Caucus, and was a member of the Rural Caucus and the Women’s Health Care Caucus. In addition to her position in the Virginia State Senate, McClellan also served as an assistant general counsel at Verizon Communications.

McClellan and her husband, David Mills, have two children, Jackson and Samantha.

Jennifer L. McClellan was interviewed by The HistoryMakers on December 7, 2016.