Information about The Honorable J.C. Watts 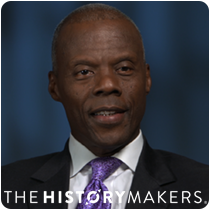 See how The Honorable J.C. Watts is related to other HistoryMakers
Donate Now

Political leader J.C. Watts was born on November 18, 1957 in Eufaula, Oklahoma to J.C. Watts, Sr. and Helen Watts. Watts originally attended Booker T. Washington Elementary School in Eufaula, but became one of two children to integrate Jefferson Davis Elementary School in 1964. Watts graduated from Eufaula High School in 1976. Watts attended the University of Oklahoma and was starting quarterback for the football team in 1979, and led the team to two Orange Bowls victories and two Big Eight championships. Watts graduated in 1981 with his B.A. degree in journalism.

In 1981, Watts joined the Ottawa Rough Riders, a team in the Canadian Football League. He led the team to the Grey Cup the same year and was named Most Valuable Player. In 1985, Watts joined the Toronto Argonauts, where he played his final season in the CFL. In 1987, Watts became a youth minister at Sunnyvale Baptist Church in Del City, Oklahoma. In the same year, he founded Ironhead Construction and Watts Energy. In 1990, Watts was elected to the Oklahoma Corporation Commission. In 1992, he became the commission’s chairman and served until his term ended in 1995. In 1994, Watts was elected to the House of Representatives from Oklahoma’s 4th District. Watts was reelected as representative in 1996, 1998, and 2000. During his tenure in the House of Representatives, he served on the Armed Services Committee, the Banking and Financial Services Committee, and the House Transportation and Infrastructure Committee. In 1997, Watts was chosen by House Speaker Newt Gingrich to deliver the Republican Party’s response to President Clinton’s State of the Union address. In 1998, Watts was elected as House Republican Conference Chair. After serving in U.S. Congress, Watts founded J.C. Watts Companies in 2003 and the J.C. & Frankie Watts Foundation in 2005. In 2017, Watts announced the 2018 launch of the Black Television News Channel.

Watts served as director of companies such as Dillards, Inc., CSX Corporation, and ITC Holdings. He also served as the CEO of Feed the Children in 2016. In 2002, Watts published his autobiography, What Color is Conservative?: My Life and My Politics. Watts was also recognized for his athletic ability. In 1992, J.C. Watts was inducted into the Orange Bowl Hall of Fame was inducted into the Oklahoma Sports Hall of Fame in 2014.

J.C. Watts was interviewed by The HistoryMakers on November 1, 2017.

See how The Honorable J.C. Watts is related to other HistoryMakers
Donate Now