Information about The Honorable James Joseph 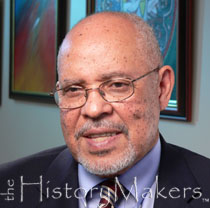 Former United States Ambassador to South Africa James Alfred Joseph was born on March 12, 1935 in Plaisance, Louisiana to Julia and Adam Joseph, farmers. Joseph attended the segregated St. Landry Parish Training School where he excelled in English and original oratory. He won the state oratory competition and placed second in the national competition. Joseph was an avid athlete who achieved success in track and basketball, and during high school, Joseph served as student government association president. In 1952, upon graduation from high school, Joseph entered Southern University where he served as class president, president of the Baptist Club and as the debate team champion. He graduated with his B.A. degree in political science and social studies. In 1959, Joseph received his master’s degree in Divinity from Yale University. At Yale, Joseph became active in civil rights protests and marches while serving in the ROTC in a non-combatant unit.

In 1963, Joseph began his academic career at Stillman College while working as a civil rights organizer. As an ordained minister, Joseph also taught at Yale Divinity School and the Claremont Colleges, where he served as University Chaplain. In 1971, Joseph left academia and was hired as Vice President of Cummins Engine Company. He also served as president of the Cummins Engine Foundation. After five years in corporate philanthropy, Joseph moved to government in 1977 when he was appointed Under Secretary for the Department of the Interior under President Jimmy Carter. In 1982, Joseph returned to philanthropy as the president and chief executive officer of the Council on Foundations, an international organization comprised of more than 2,000 foundations, where he served until 1995. During this time, President Ronald Reagan appointed Joseph to the Advisory Committee to the Agency for International Development, and in 1985, he was named a Distinguished Visitor at Nuffield College at Oxford University.

In 1996, Joseph joined the ambassadorial ranks when was named United States Ambassador to South Africa under President Bill Clinton where he would serve until 2000. As such, he was the first ambassador to present credentials to President Nelson Mandela. Joseph was awarded the Order of Good Hope by South African President Thabo Mbeki. Joseph continues to speak publicly about a variety of civic, religious and academic issues and is the author of The Charitable Impulse and Remaking America. After Hurricane Katrina decimated New Orleans and Joseph’s home-state of Louisiana, Governor Kathleen Blanco named Joseph the Chairman of the newly formed Louisiana Disaster Recovery Foundation. Joseph is also the founder of the United States-Southern Africa Center for Leadership and Public Values at Duke University and the University of Cape Town.

Joseph was interviewed by The HistoryMakers on June 24, 2007.

See how The Honorable James Joseph is related to other HistoryMakers
Donate Now
Click Here To Explore The Archive Today!