Information about The Honorable James Gadsden 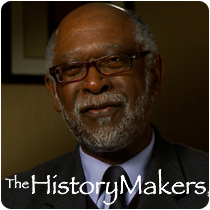 Favorite Color:
Fall Colors
Favorite Food:
All Food
Favorite Time of Year:
Fall
Favorite Vacation Spot:
Around The United States
Favorite Quote:
We Can Do That.

Favorite Color:
Fall Colors
Favorite Food:
All Food
Favorite Time of Year:
Fall
Favorite Vacation Spot:
Around The United States
Favorite Quote:
We Can Do That.

See how The Honorable James Gadsden is related to other HistoryMakers

Gadsden’s career with the U.S. Department of State began in 1972 as a political officer. He was then assigned to the U.S. Trade Center in Taipei in 1974 as a market research officer supporting U.S. export promotion programs. He continued promoting U.S. exports as a commercial officer at the U.S. Embassy in Budapest, Hungary until 1979. In 1980, he became a staff assistant to the Assistant Secretary of State for Economic and Business Affairs. From 1981 to 1997, Gadsden served as the European Communities desk officer at the State Department, economic and political officer at the U.S. Mission to the European Communities in Brussels, Counselor for Economic Affairs at the U.S. Embassy in Paris, and Deputy Chief of Mission at the U.S. Embassy in Budapest. Returning to the United States in 1997, Gadsden was named Deputy Assistant Secretary of State for European Affairs, and then served as Special Negotiator for Agricultural Biotechnology in 2001.

After being nominated by President George W. Bush and Secretary of State Colin Powell and confirmed by the U.S. Senate, Gadsden was sworn in as U.S. Ambassador to Iceland on October 24, 2002. In that position, he directed the implementation of U.S. foreign policy and U.S. government operations in Iceland. Returning to the United States in 2005, Gadsden was appointed as Deputy Commandant and International Affairs Advisor at the National War College in Washington, D.C. until he retired in 2007. After retirement, he was recalled to serve as Senior Advisor for European Affairs at the U.S. Mission to the United Nations in New York. In 2008, he became Diplomat-In-Residence and Lecturer in Public and International Affairs at Princeton University’s Woodrow Wilson School of Public and International Affairs. He is currently Senior Counselor for International Affairs at the Woodrow Wilson National Fellowship Foundation in Princeton, New Jersey.

Gadsden is married to Sally Freeman Gadsden. They have two adult sons.

James I. Gadsden was interviewed by The HistoryMakers on March 11, 2013.

See how The Honorable James Gadsden is related to other HistoryMakers
Click Here To Explore The Archive Today!