Information about The Honorable James Clyburn 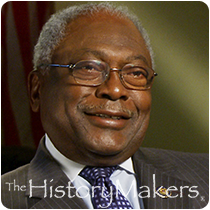 See how The Honorable James Clyburn is related to other HistoryMakers

Upon graduation from South Carolina State College, Clyburn was hired as a social studies teacher at C.A. Brown High School in Charleston, South Carolina. From 1965 to 1971, he worked as an employment counselor, a director of youth programs and led the South Carolina Farm Workers Commission. After an unsuccessful run for the South Carolina General Assembly, Clyburn joined the staff of Governor John C. West in 1971 and was appointed as the first minority advisor to a South Carolina governor. In 1974, he was named the South Carolina Human Affairs Commissioner. He served in that position until 1992 when he stepped down to run for U.S. Congress. In November of 1992, Clyburn was elected the U.S. Representative for South Carolina's 6th Congressional District, becoming the state’s first African American to serve in Congress since 1897.

As a Congressman, Clyburn was elected co-president of his freshman class in 1993, and was unanimously elected chair of the Congressional Black Caucus in 1998. In 2002, he won an election among three House members to serve as vice chair of the House Democratic Caucus. Clyburn rose to the position of caucus chair in January 2006, and in 2007, he became the first South Carolinian to serve as house majority whip. In 2011, he became the assistant house democratic leader and the third-ranking Democrat in the House of Representatives.

Clyburn has served as Steering Committee Chairman for the International Museum of African American History in Charleston, South Carolina, and as a member of the governing boards of Allen University in Columbia, South Carolina; Brookgreen Gardens in Murrells Inlet, South Carolina; and The Palmetto Conservation Foundation. In addition, he has been awarded honorary doctorate degrees by numerous colleges and universities, and has authored two books: Uncommon Courage: The Story of Briggs V. Elliott, South Carolina's Unsung Civil Rights Battle (2004); and Blessed Experiences: Genuinely Southern, Proudly Black (2014).

Clyburn and his wife, Emily, live in Columbia, South Carolina. They have three daughters: Mignon, Jennifer Reed, and Angela Hannibal.

U.S. Congressman Jim Clyburn was interviewed by The HistoryMakers on May 20, 2014.

See how The Honorable James Clyburn is related to other HistoryMakers
Click Here To Explore The Archive Today! 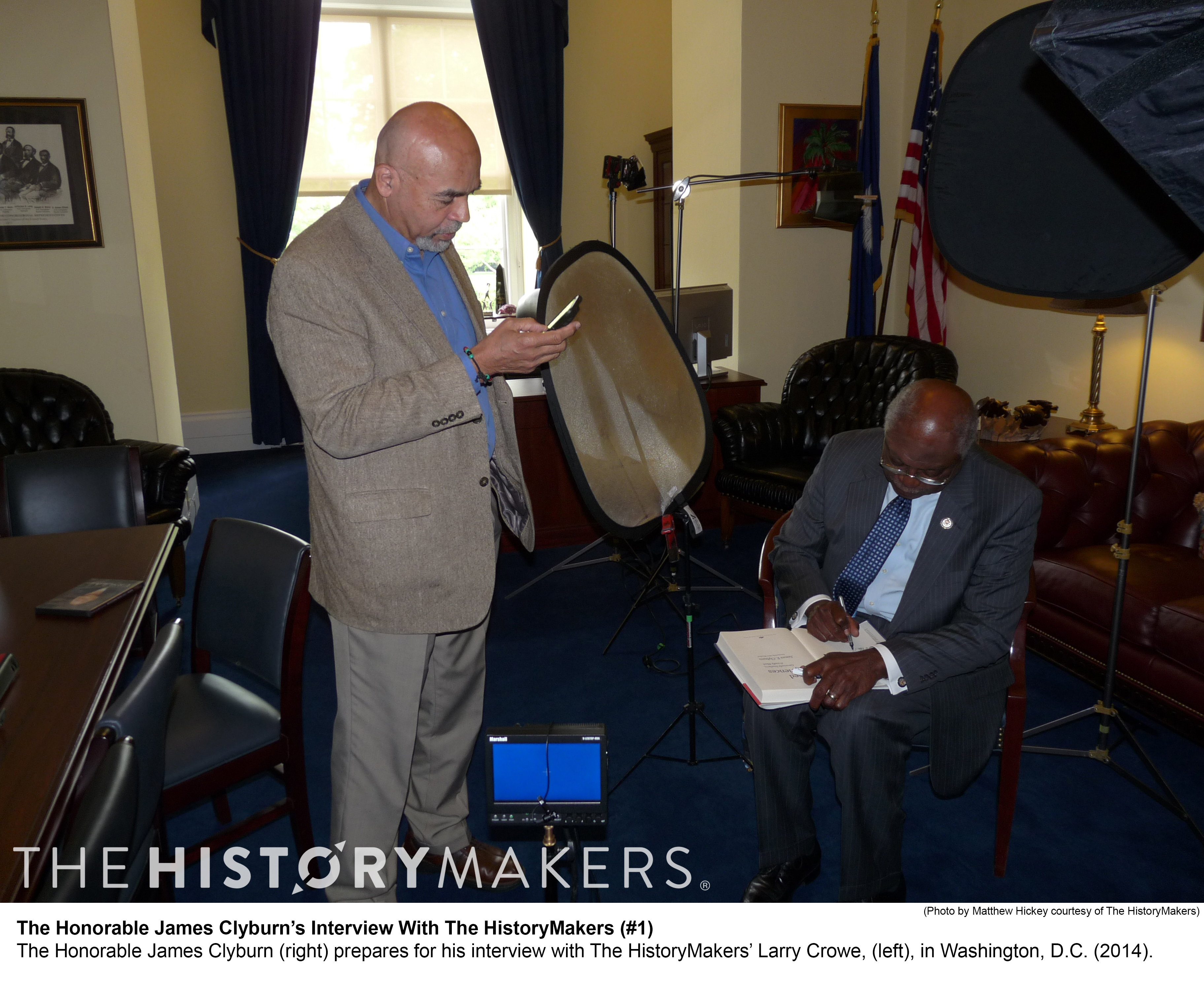 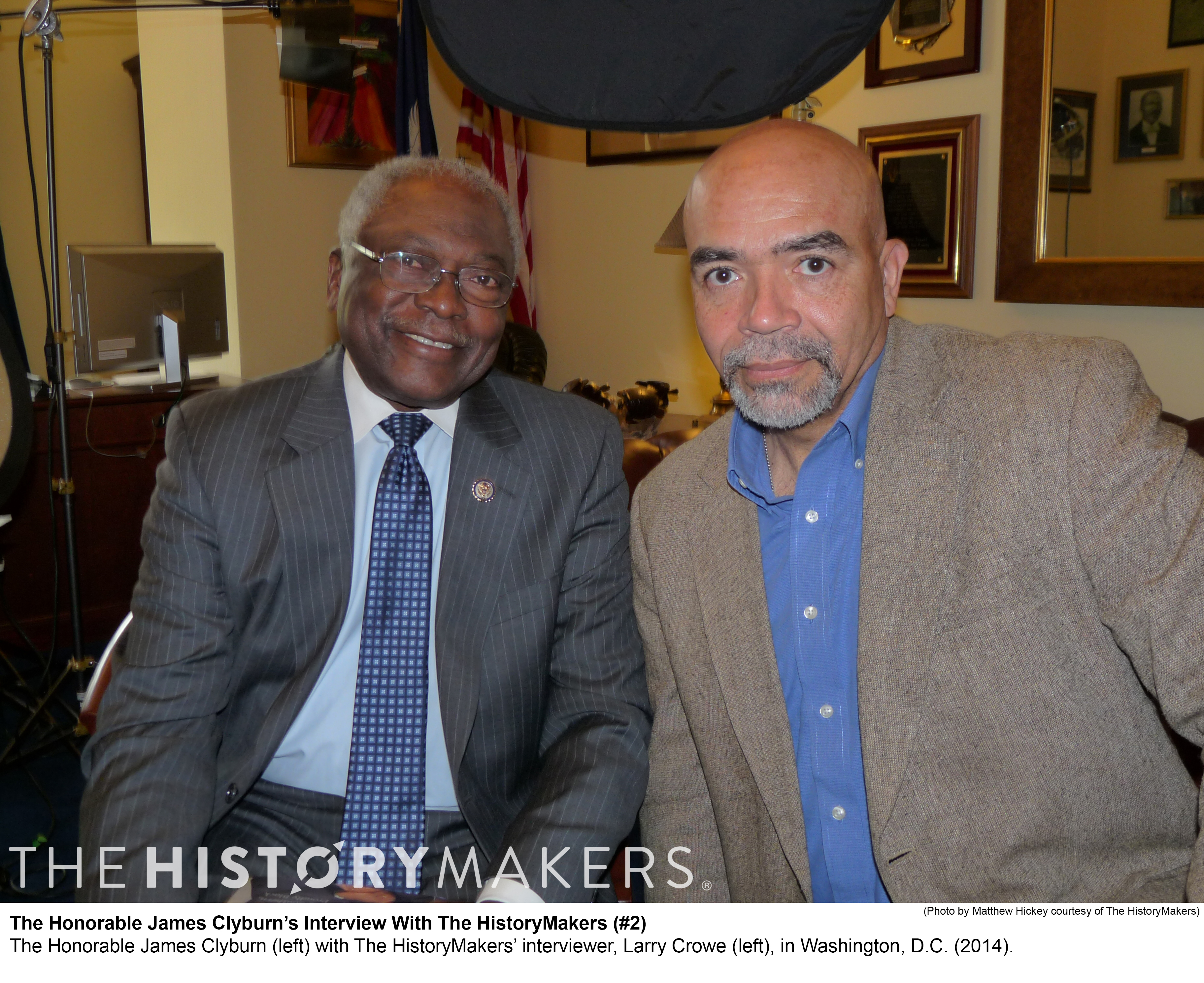