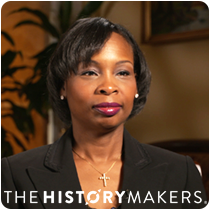 Favorite Color:
None
Favorite Food:
No, There's too many to love
Favorite Time of Year:
Spring
Favorite Vacation Spot:
New Orleans, Louisiana
Favorite Quote:
To Whom Much Is Given, Much Is Required.

Favorite Color:
None
Favorite Food:
No, There's too many to love
Favorite Time of Year:
Spring
Favorite Vacation Spot:
New Orleans, Louisiana
Favorite Quote:
To Whom Much Is Given, Much Is Required.

See how The Honorable Ivy R. Taylor is related to other HistoryMakers

Political leader Ivy R. Taylor was born in 1970 in Brooklyn, New York to Patricia Ann Burns Sidberry Jones and Ivory Sidberry. Taylor graduated from Martin Van Buren High School in Queens, New York City in 1988, and received her B.A. degree in American studies from Yale University in New Haven, Connecticut in 1992. She then earned her M.R.P. degree in city and regional planning from the University of North Carolina at Chapel Hill in 1998.

In the summer of 1997, Taylor completed an internship with the San Antonio Affordable Housing Association. Upon completing her graduate studies, Taylor served as a municipal community development coordinator for the City of San Antonio Housing and Community Development Department from 1998 to 2004, and also worked with the Neighborhood Action Department. In 2004, she joined Merced Housing Texas, an affordable housing agency, and served on the San Antonio City Planning Commission from 2006 to 2008. Taylor was elected as a city council representative for District 2 in 2009, and was re-elected again in 2011 and 2013. When Julian Castro resigned as Mayor of San Antonio to become the United States Secretary of Housing and Urban Development in 2014, the San Antonio City Council appointed Taylor as the interim mayor for one year. Upon taking office as mayor in 2014, Taylor worked on the resolving a long-running dispute with the police union, adopting a comprehensive plan for the city and implementing neighborhood revitalization initiatives on San Antonio’s East Side. Upon winning a run-off election, Taylor was elected Mayor of San Antonio, serving a two-year term from 2015 to 2017. In 2018, Taylor joined J.L. Powers & Associates as a consultant and began a doctoral program in Higher Education Management at the University of Pennsylvania.

An active member of The Links, Incorporated, Jack and Jill and Delta Sigma Theta Sorority, Taylor is also currently a member of the Board of Trustees at Huston Tillotson University, an HBCU in Austin, Texas. She received the San Antonio Business Journal's "Forty under Forty" Rising Star Award in 2004.

Taylor and her husband, Rodney, have one daughter, Morgan.

Ivy R. Taylor was interviewed by The HistoryMakers on June 4, 2018.

See how The Honorable Ivy R. Taylor is related to other HistoryMakers