The Honorable Howard A. Kenner

Information about The Honorable Howard A. Kenner 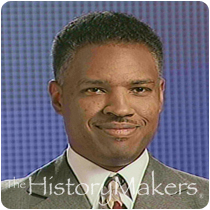 See how The Honorable Howard A. Kenner is related to other HistoryMakers
Donate Now

Howard A. Kenner was born on December 26, 1957 in Chicago, Illinois. He is the oldest of four children of Tyrone and Emma Kenner. When Kenner was eight years old, his parents divorced, and he moved with his mother to Dallas, Texas. However, when his mother died, Kenner returned to Chicago to live with his father, who by this time was an Alderman of Chicago’s 3rd Ward. After graduating from Kenwood Academy, Kenner entered the University of Illinois, earning a degree in accounting in 1980. While working as a certified public accountant, Kenner became involved in politics, acting as the campaign treasurer for candidate Wynetta Frazier, who was running for State Representative. He then established the 3rd Ward Young Democratic Organization and became an assistant precinct captain. Kenner moved to Los Angeles, California, and after eight years there returned to Chicago and was approached about running for State Representative on the Harold Washington Party ticket. Losing the election, Kenner decided to run again as a Democrat. This time he was successful.

Kenner serves on the Committees of Appropriations-General Services, Insurance and Human Services and is the Chairperson of the State Government Administration and Government Oversight Committee. In addition to his legislative duties, Kenner continues his accounting career with the firm of Goodall, Kenner & Associates.

Kenner was interviewed by The HistoryMakers on August 9, 2000.

See how The Honorable Howard A. Kenner is related to other HistoryMakers
Donate Now
Click Here To Explore The Archive Today!