Information about The Honorable Harry Sykes 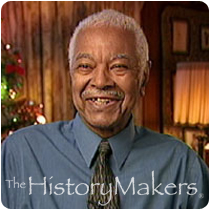 See how The Honorable Harry Sykes is related to other HistoryMakers

Lexington, Kentucky, community leader Harry Nash Sykes was born on April 1, 1927, in Starksville, Mississippi, to Marie Hall Sykes and P.K. Sykes. His family moved to Maywood, Illinois, where he graduated from high school in 1948. Sykes attended Kentucky State University on a basketball and track scholarship and received his bachelor's degree in physical education in 1952. He later earned a master's degree in mathematics from the University of Minnesota.

After graduating from Kentucky State University in 1952, Sykes played basketball for the Harlem Globetrotters through the 1954 season. From 1954 until 1962, he taught high school mathematics for the Lexington Public School System at Dunbar High School and coached the junior high basketball team. From 1964 until 1969, Sykes became an insurance salesman for Commonwealth Life Insurance. Then, from 1970 until 1972, he worked as the business development officer for Second National Bank. Sykes later received his real estate brokerage license and practiced realty for three years. From 1981 until 1992, he served as a contract compliance officer with the Frankfort, Kentucky, Department of Finance.

In 1963, Sykes was elected as the first African American councilman for the city of Lexington. He was reelected in 1965, 1967 and 1969. Between 1967 and 1969, Sykes also served as mayor pro-tem. In 1971, he ran for mayor of Lexington but lost by a narrow margin to Foster Pettit. From 1972 to 1974, he served as acting city manager and, from 1974 until 1975 he worked as the acting chief administrative officer for the Urban County government. Sykes has served his community on various boards and commissions, including the Board of Management of the YMCA and the Historical Pleasant Green Baptist Church. In 1968, he founded the Lexington-Fayette County Urban League and served as president until 1972. Sykes has been honored with numerous awards, including the Outstanding Citizen's Award by the Council of Christians and Jews in 1969.

Sykes was married to Geraldine Higgins Sykes and has five children, Harry, Melvin, Paula, Kevin and Kermit. He passed away on November 28, 2012, at the age of 85.

Harry Sykes was interviewed by The HistoryMakers on December 10, 2002.

See how The Honorable Harry Sykes is related to other HistoryMakers
Click Here To Explore The Archive Today!