Information about The Honorable Harriet Elam-Thomas 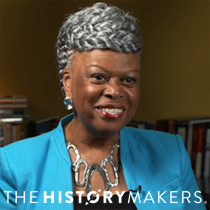 From 1963 to 1965, Elam-Thomas worked as a secretary at the U.S. Department of Army in Washington, D.C.; and later in 1965, she worked at the American embassy in Paris, France, where she served for three years. Elam-Thomas returned to the U.S. in 1968 and secured a position in the White House as special assistant for appointments under President Richard Nixon. In 1971, she resigned from her position in the Nixon administration and was hired at the U.S. State Department’s Bureau of Education and Cultural Affairs as a Foreign Service officer in Washington, D.C. In 1975, she was sent to Dakar, Senegal. From 1977 to 1979, Elam-Thomas served as a Foreign Service officer in Abidjan, Côte d'Ivoire. In 1981, she was selected to serve in Athens, Greece as a cultural affairs officer. Within one year, she was sent to Athens where she worked from 1983 to 1987. Elam-Thomas transitioned to the position of desk officer in Turkey, Greece and Cyprus. In 1990, she was assigned to Turkey as the U.S. branch public affairs officer, then Elam-Thomas returned to the U.S. in 1994 and was accepted into the U.S. State Department’s Senior Seminar, a year-long intensive program on foreign policy and diplomacy. In 1995, she was named public affairs officer in Brussels, Belgium where she served for two years. She then became a counselor at the United States Information Agency (USIA) and oversaw the merger with the U.S. Department of State. In 1999, Elam-Thomas was selected by President Bill Clinton to become U.S. ambassador to the Republic of Senegal, and served from 2000 to 2003. She later became the first ambassador-in-residence at the University of Central Florida in Orlando, Florida. In 2005, Elam-Thomas retired from U.S. Foreign Service at the rank of career minister.

Elam-Thomas is married to Wilfred Thomas.

Harriet Elam-Thomas was interviewed by The HistoryMakers on September 9, 2018.