Information about The Honorable Gregory Sleet 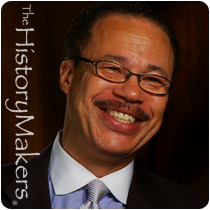 Judge Gregory M. Sleet was born on March 8, 1951 in New York, New York. He is the son of Moneta Sleet Jr., the first African American journalist to win a Pulitzer Prize. Sleet obtained his B.A. degree from Hampton University in Hampton, Virginia. He completed his J.D. degree from Rutgers University School of Law at Camden, New Jersey where he was an Earl Warren Scholar. Sleet began his career as an assistant public defender for the Defender Association of Philadelphia. He later left the Defender Association to join a private practice, later to serve as the Deputy Attorney General for the State of Delaware.

In 1992, Sleet worked as General Counsel for Hercules, Inc., a chemical and munitions company based in Wilmington, Delaware. In 1994, at the recommendation of Delaware United States Senator Joe Biden, Sleet was selected by President Bill Clinton to serve as the United States Attorney for the District of Delaware. A year later, he was appointed by United States Attorney General Janet Reno to the Attorney General’s Advisory Committee. He was further honored by being named the Vice Chairman of the committees’ 1995-96 session. On January 27, 1998, Sleet was nominated to the United States District Court for the District of Delaware and was sworn in as judge of that court on September 28, 1998. In 2007, Sleet became Chief Judge. He is responsible for representing the Delaware district at judicial policy-making bodies in the 3rd United States Circuit Court of Appeals, overseeing the general business and operation of the Delaware court. He is the first African American to be appointed United States Attorney in Delaware and the first to be appointed to the federal bench in Delaware.

Judge Gregory Sleet was interviewed by The HistoryMakers on May 24, 2012.

See how The Honorable Gregory Sleet is related to other HistoryMakers
Donate Now
Click Here To Explore The Archive Today!