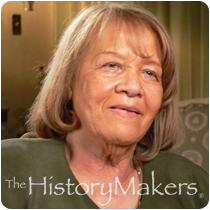 Tanner worked as an administrative assistant for the Office of Hearings and Appeals at the United States Department of the Interior from 1967 to 1972. She worked as a reporter and feature writer for the Denver Weekly News, one of the leading African American newspapers in the Denver area, from 1972 through 1976. From 1976 to 1978, Tanner was the executive assistant to Colorado lieutenant governor George L. Brown, one of the first black lieutenant governors since Reconstruction. She then worked for Senator Regis Groff as the executive director of his communications office. Tanner was elected as a member of the Colorado State House of Representatives for District 7 in 1985 and served as the House Minority Caucus leader from 1987 through 1990. She was the second African American to be elected to a leadership position in the Colorado House of Representatives. In 1994, Tanner was appointed to the Colorado State Senate to replace Regis Groff who resigned to take a position elsewhere. She was the first African American woman to serve as a Colorado state senator, and held the seat until the year 2000. During her seventeen years in public service, she initiated and sponsored legislation on key issues such as marital discrimination in the workplace, parental responsibility, worker’s compensation cost savings, civil rights for women and minorities, and parental rights for adoptive parents.

Tanner is a widow and has three children: Terrance Ralph, Tanvis Renee, and Tracey Lynne.

See how The Honorable Gloria Travis Tanner is related to other HistoryMakers
Donate Now
Click Here To Explore The Archive Today!