Information about The Honorable Glenda Hatchett 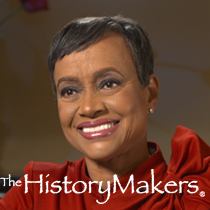 Judge Glenda Hatchett was born on May 31, 1951 in Atlanta, Georgia to Clemmie Barnes and Paul Lawrence Hatchett. In 1969, Hatchett graduated from Charles Lincoln Harper High School, a segregated school in Atlanta’s Collier Heights. She received her B.A. degree in political science from Mount Holyoke College in South Hadley, Massachusetts in 1973, and went on to obtain her J.D. degree from Emory University School of Law in Atlanta in 1977.

After completing a federal clerkship in the United States District Court in the Northern District of Georgia, Hatchett worked in the legal department at Delta Air Lines, Inc. As a senior attorney, she represented the company in labor and anti-trust cases, and participated in merger negotiations. She was then promoted to manager of Delta’s public relations department, handling global crisis management and media relations for the U.S., Europe and Asia. In 1991, upon her appointment to the Fulton County Juvenile Court, Hatchett became the first African American chief judge of a state court. In collaboration with the Atlanta Bar Association and Alston & Bird, Hatchett helped found the Truancy Intervention Project, an early intervention program for truant children. In 1998, Hatchett resigned from the Fulton County Juvenile Court to spend time with her two children before accepting an offer from Sony Pictures Television to have her own television show, Judge Hatchett. Nominated for two Emmy Awards, Judge Hatchett ran between 2000 and 2008. In 2014, Hatchett created her own national law firm, The Hatchett Firm, focused on wrongful death, catastrophic injury, medical malpractice, product liability, class action, premises liability and social security cases. Concerned about police brutality against African American men, Hatchett announced that she would represent Philando Castile’s family in 2016.

While filming Judge Hatchett, Hatchett released her first self-help book, Say What You Mean and Mean What You Say!: Saving Your Child from a Troubled World. She released her second book, Dare to Take Charge: How to Live Your Life on Purpose, in 2012. In addition to her civic contributions, Hatchett received numerous awards, including the Roscoe Pound Award, the National Council on Crime and Delinquency’s highest recognition, and the NAACP Thurgood Marshall Award. The Girl Scouts of the United States of America named Hatchett one of its 10 National Women of Distinction. She also served on multiple boards, including the National Football League’s Atlanta Falcons’ Board of Advisors.

Judge Glenda Hatchett was interviewed by The HistoryMakers on October 5, 2016.

See how The Honorable Glenda Hatchett is related to other HistoryMakers
Donate Now
Click Here To Explore The Archive Today!