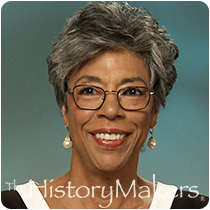 Upon graduation, McDonald was hired as a staff attorney for the NAACP Legal Defense and Educational Fund, Inc. From 1969 to 1979, she was a founding partner, with her then-husband, attorney Mark T. McDonald, of the Houston, Texas law firm of McDonald & McDonald. While in private practice, she also taught law as an assistant professor at the Thurgood Marshall School of Law, Texas Southern University, and then as a lecturer at the University of Texas School of Law.

In 1979, McDonald was appointed as a judge on the United States District Court for the Southern District of Texas. She was the first African American to be appointed to the federal bench in Texas (and the South) and only the third African American woman federal judge in the country. McDonald resigned from the bench in 1988 and joined the law firm of Matthews & Branscomb. She also returned to academia, teaching first at St. Mary’s University School of Law, and then at the Thurgood Marshall School of Law. In 1991, she became counsel to the law firm of Walker & Satterthwaite, and later served as Special Counsel to the Chairman on Human Rights for Freeport-McMoRan, Inc.

In 1993, McDonald received the highest number of votes from the General Assembly of the United Nations and served as one of eleven judges on the International Criminal Tribunal for the former Yugoslavia. In 1997, she became the Tribunal’s president. Then, in 2001, McDonald was called to serve as an arbitrator on the Iran-United States Claims Tribunal in The Hague, Netherlands, where she remained until her retirement in 2013.

McDonald has two children, Michael and Stacy, who are both lawyers.

Gabrielle Kirk McDonald was interviewed by The HistoryMakers on August 27, 2014.