Information about The Honorable Freddie Pitcher 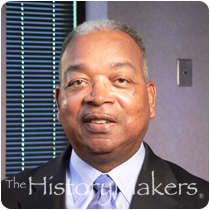 After completing his law degree, Pitcher established the law firm of Pitcher, Tyson Avery, and Cunningham. In 1983, he was elected city-wide as the first African American City Court Judge in the history of Baton Rouge. Four years later, in 1987, he ran a successful city-wide election for the 19th Judicial District. He was the first African American elected to this position. In 1992, he ran unopposed for the Louisiana First Circuit Court of Appeals. Pitcher authored close to 200 judicial opinions while serving on the Louisiana First Circuit Court of Appeals. He has taught as an adjunct professor of law at both Southern University and Louisiana State University. He became a partner in the international law firm of Phelps Dunbar in 1997. His practice focused on the areas of commercial, casualty and employment litigation, and he was also a member of the firm’s appellate practice group. Since 2003, Pitcher has been a full professor and Chancellor of Southern University Law Center in Baton Rouge. Pitcher has worked as a special counsel in the Office of the Attorney General for the State of Louisiana and as an assistant district attorney for East Baton Rouge Parish. He also held the position of associate justice ad hoc on the Louisiana Supreme Court.

Pitcher is a member of the Board of Directors of the Baton Rouge Area Foundation, Baton Rouge Recreation Commission Foundation, Woman’s Hospital Founders and Friends Endowment, Our Lady of the Lake College, Young Leaders Academy of Baton Rouge and Omega Psi Phi and Sigma Pi Phi fraternities. He is the recipient of numerous honors and awards including the G. Leon Netterville Award for Outstanding Achievement in Law from Southern University, the Distinguished Alumnus Award from both the Political Science Department and Law Center at Southern University, “Citizen of the Year” by Omega Psi Phi Fraternity (Lambda Alpha Chapter) and the Outstanding Achievement Award in the Legal Profession from the Louis A. Martinet Society.

See how The Honorable Freddie Pitcher is related to other HistoryMakers
Donate Now
Click Here To Explore The Archive Today!