Information about The Honorable Frank Brown 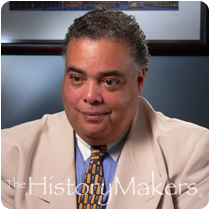 Omaha, Nebraska’s, District Two City Councilman, Frank Dee Brown was born on August 18, 1953, in Omaha, Nebraska, to Lyda Montgomery and Warren Hugh Brown. Brown grew up around his father’s lounge on North Omaha’s 24th Street. His family lineage includes black fur trappers, Scotch Irish and Mexican. His uncle, nicknamed “Little Frank” Dee Brown, was a successful businessman and actor. He appeared in the movie, Bedlam with Boris Karloff and in the Wizard of Oz. Brown’s uncle was the first husband of actress/activist Ruby Dee and a friend of Sidney Poitier and Harry Belafonte. Brown, who enjoyed CYO basketball, attended St. Benedict’s Elementary School and graduated from Holy Name High School in 1971. He attended Virginia Union University from 1971 to 1972 and graduated from the University of Omaha in 1975 with a B.A. degree in communications.

Brown’s career began as a researcher for Omaha’s KAFB-AM Radio’s Walt Kavanaugh Show, the top rated radio show in the Midwest in 1975. Next, he was an investigative reporter for KMTV-TV and KETV-TV. As a journalist, Brown investigated the Iowa School for the Deaf, a hotel collapse, the John Joubert murder case and the United Airlines’ crash in Sioux City, Iowa in 1989. In 1995, Brown became director of the Jimmy Wilson, Jr. Foundation which was named for a fallen police officer. Brown gained a reputation in the community which led to his candidacy as an Omaha city councilman in 1997, when the seated black councilwoman from the second district, Brenda Council, unsuccessfully ran for mayor.

Brown is an advocate for jobs, gun control and better housing. He was an avid supporter of a new sports stadium, library renovation and a new jazz complex on 24th Street. Always a defender of and advocate for the impoverished African North Omaha community, Brown is also the Executive Director of Housing In Omaha, Inc., a nonprofit in Omaha, Nebraska.

See how The Honorable Frank Brown is related to other HistoryMakers
Donate Now
Click Here To Explore The Archive Today!