Information about The Honorable Floyd Griffin 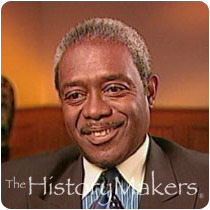 Floyd Griffin, retired United States Army Colonel, former Georgia State Senator and current Mayor of Milledgeville, Georgia was born May 24, 1944, in Milledgeville. Griffin holds an A. S. degree in funeral service from Grupton Jones College, a B. S. in building construction from Tuskegee Institute and a Masters degree in contract procurement and management from the Florida Institute of Technology. He is also a graduate of the Army Command and General Staff College and the National War College.

Griffin's twenty-three-year career in the military began in 1967 when Griffin served as a helicopter pilot and flight instructor in Vietnam. He served a tour of duty in Germany also where he was a logistics officer, battalion chief, and director of engineering and housing. From 1984 to 1986, Griffin commanded an engineering battalion at Fort Stewart, Georgia, and from 1986 to 1990, he was assigned to the Pentagon. Retiring from the military as a colonel in 1990, Griffin taught military science at Wake Forest University and Winston-Salem State University, where he also was the offensive backfield coach for a football team that enjoyed two undefeated seasons and won back-to-back championships.

In 1994, running as a Democrat, Griffin was elected State Senator from the 25th Senatorial District of Georgia and was reelected in 1996. He sacrificed his Senate seat in 1998 to run for Lieutenant Governor of Georgia, but lost. Griffin tried again for his old Senate seat in 2000, and was narrowly defeated by the incumbent in the primary election. Not discouraged, Griffin ran for Mayor of Milledgeville, his hometown and won in 2001. An accomplished businessman, Griffin is vice president of Slater Funeral Home in Milledgeville, a Griffin family owned business.

See how The Honorable Floyd Griffin is related to other HistoryMakers
Donate Now
Click Here To Explore The Archive Today!