Information about The Honorable Eric Washington 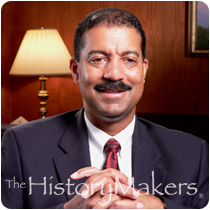 Chief Judge Eric Tyson Washington was born on December 2, 1953, in Jersey City, New Jersey to Gloria Simkins Washington, a social worker, and Eleby Rudolph Washington, a surgeon. He was raised in Newark, New Jersey and attended high school in Maplewood, New Jersey. Washington graduated from Tufts University in 1976 and received his J.D. degree from Columbia University’s School of Law in 1979. Washington began his law career in 1979 at the offices of Fulbright & Jaworski in Houston, Texas. The company is one of the largest law firms in the United States with nearly 1,000 attorneys in over fifty different practice areas. Washington soon relocated to Washington, D.C. to serve as Legislative Director and Counsel to U.S. Congressman Michael A. Andrews of Texas, before assuming a position in the Washington, D.C. branch of Fulbright & Jaworski.

In 1987, Washington served as Special Counsel to the Corporation Counsel, and later as Principal Deputy Corporation Counsel in Washington, D.C. After stepping down from this position in 1989, Washington became a partner at Hogan & Hartson, the oldest major law firm headquartered in Washington, D.C., and remained there until 1995, when he was appointed to the Superior Court of the District of Columbia. As an associate judge in the Superior Court, he presided over various criminal trials as well as cases from the Drug Court, Domestic Violence Unit, tax and probate matters on certification from other judges, and cases involving children who were victims of abuse and neglect. Washington was appointed to the Washington, D.C. Court of Appeals by President Bill Clinton in 1999, and six years later, the District of Columbia Judicial Nominations Commission designated Washington to serve a four-year term as Chief Judge of the Washington, D.C. Court of Appeals, preceding Judge Annice Wagner.

Chief Judge Eric Washington was interviewed by The HistoryMakers on September 26, 2007.

See how The Honorable Eric Washington is related to other HistoryMakers
Donate Now
Click Here To Explore The Archive Today!