Information about The Honorable Elbra Wedgeworth 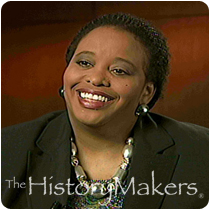 Favorite Color:
Brown
Favorite Food:
Casserole (Tuna)
Favorite Time of Year:
Fall
Favorite Vacation Spot:
Las Vegas, Nevada
Favorite Quote:
It Is Our Light Not Our Darkness That Most Frightens Us. So, You Have To Go To The Light.

Favorite Color:
Brown
Favorite Food:
Casserole (Tuna)
Favorite Time of Year:
Fall
Favorite Vacation Spot:
Las Vegas, Nevada
Favorite Quote:
It Is Our Light Not Our Darkness That Most Frightens Us. So, You Have To Go To The Light.

Former Denver City Councilwoman Elbra Mae Wedgeworth was born on January 23, 1956 in Denver, Colorado to Castella Price and Walter Wedgeworth, Sr. She grew up the youngest of six children in public housing in the Curtis Park neighborhood of Denver and attended high school at Manual High School. She received her B.A. degree in sociology/anthropology from the University of Redlands near Los Angeles in 1978.

Wedgeworth began her career in public service in 1989 as a City Council Senior
Analyst, which ignited her interest in politics. From 1994 through 1996, she was the Clerk and Recorder for the City and County of Denver. She served in Mayor Wellington Webb’s administration as a member of the Denver Election Commission, the board of county commissioners. Wedgeworth was the Director of Community Relations and Philanthropic Affairs at the Denver Health and Hospital Authority from 1996 through 1999. In 1999, Wedgeworth was elected to a seat on the Denver City Council representing District 8. She served as City Council President Pro Tempore from July 2001 to July 2002 and as Denver City Council President from July 2003 to July 2005. In 2007, she resigned from her seat on the Denver City Council and accepted the position of as the Chief Government and Community Relations Officer for Denver Health, Colorado’s primary health services institution. In addition, Wedgeworth as the President and Chair of the Board for the Denver 2008 Convention Host Committee, she was responsible for bringing the Democratic National Convention to Denver in August of 2008.

The Denver Business Journal selected Wedgeworth as one of the eight outstanding Women in Business in 2001. She also holds the distinction of being the only person in recent memory to have worked for all three branches of city government in Denver: the city council, the Auditor's Office, and the Mayor's Office.

Wedgeworth was interviewed by The HistoryMakers on November 5, 2008.

See how The Honorable Elbra Wedgeworth is related to other HistoryMakers
Donate Now
Click Here To Explore The Archive Today!